Remember Vacation Relation? It was this pretty cool social travel startup we covered back in December that built off of ideas from similar services like Gogobot and gtrot, but added its own unique flavor of spontaneity. Meeting new people and finding new places on your travels would never be hard again.

The bad news is that the co-founders of Vacation Relation, Peter Sullivan and David Los, have moved onto a new venture. The good news is that they’re funded. (Not without the help of Vator.tv, says Sullivan.)

Tripl.com, their new travel startup, has secured $300,000 from unnamed investors in the European travel market and New York City, which the company says “might provide a hint where the company is looking to relocate.” They’re currently based in Stockholm, Sweden.

Furthermore, the startup has already used the new funding to double its team size with the addition of a former Yahoo! engineer and another with local event aggregation experience.

When we covered Vacation Relation, the site had just launched in beta; this time we’re writing about Tripl.com, but the service has yet to even launch. All it has is a cutesy splash page with the clearest view of San Francisco I’ve ever seen and little HTML5-animated airplanes flying around. Rolling over little dots in the cityscape gives a good idea of what we can expect from the new site when it launches in beta in a few weeks:

“I’ll keep you away from all those cheesy tourist traps.”

“Up for splitting a car rental to Coachella music festival?”

The company says it wants to keep people interested in travel all the yearlong, even when they’re not traveling themselves.

“We have been working on this idea of ‘social and travel’ since 2009,” says co-founder Sullivan, “and through iteration and refinement we have realized we’re finally on to something big.”

Tripl also launched a Kickstarter multimedia project to “capture how the worlds of travel and
technology are merging to create new social experiences.” Seeking to raise $5,000 in less than a month, the project wants to send a Go-Pro 3D camera around the world, capturing its journey and meeting with the project contributors along the way. People who fund the project and help spread the word will actually star in the film. 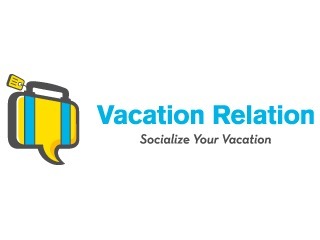