Onavo, provider of data management apps for smartphones and tablets, announced Wednesday it has raised $3 million in Series A funding from Sequoia Capital and Magma Venture Partners.

As part of the deal, Yahal Zilka (Magma) and Gili Raanan (Sequoia) will be joining Onavo’s board of directors.

The company’s first product, available now for iPhone on the App Store, aims to save users money on their mobile data plans. Ever since last summer, when AT&T stopped letting new customers sign up for an unlimited data plan, iPhone users have faced the risk of exceeding their monthly data limit and running up some extra, unwanted charges.

And it’s not like smartphones are getting any less demanding of data. The way we’re using them these days, I’d expect we’re demanding more data from them than ever before.

Onavo for iPhone says it can “stretch” your mobile data plan--in some cases, doubling or tripling it--by giving you information about how exactly all the apps on your device are using up data. In detailed monthly reports, Onavo will spell out exactly how many megabytes you spent downloading from the App Store, how many you spent browsing the Web, how many you spent watching videos on YouTube, and so on.

Using the information from these reports wisely, anyone can better manage their data usage.

Onavo claims to have saved its users over 500,000 MB of data since its lanch on April 29th. Those users come from 90 countries around the world and the data has been transmitted from over 30,000 different apps.

Installing Onavo is a bit more of an involved process than most people are used to, or at least it was on the iPhone. Once you’re inside the app and right after registering, Onavo redirects you to a module in the browser, where you’re prompted to enter your phone’s passcode. This is necessary for Onavo to change settings on the device, allowing the application to track data usage per application.

See the installation walk-through here, as it’s a bit unique: 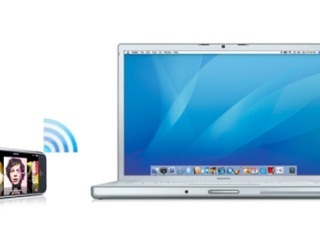