The company credited for "speeding up the Web" gets snapped up

Content delivery service Limelight Networks announced Monday morning that it has acquired AcceloWeb (formerly FasterWeb), a software solution that speeds up the loading time of Web pages. The terms of the deal were not disclosed, but Limelight says that all ten AcceloWeb employees will stay onboard. The company previously raised an undisclosed sum from YL Ventures, and sources tell me that the funding was in the low seven-digit range, so more than $1 million but less than $10 million.

Founded in 2009, AcceloWeb claims to speed up Web page presentation time by 2x-5x by intercepting all communication between individual browsers and Web servers to reduce the number of roundtrip communications typically required to load the page. The result: a Web page that loads in one or two seconds versus a page that takes some ten or more seconds to load.

This can make a huge difference in terms of traffic loss. A delay of even 100 milliseconds translates directly to a potential sales loss of 1%, according to Amazon. Additionally, Google found that by adding a delay of 500 milliseconds to its usual load time for its search results page translates to a jaw-dropping 20% loss in search traffic.

"The web application acceleration market is large and growing rapidly as enterprise and consumer applications migrate into the cloud -- one of the three macro trends core to Limelight's strategy. The talented AcceloWeb team has built the most innovative solution in the sector and we are excited to join forces with them to define best-in-class for this market by rapidly deploying their software worldwide on our high performance compute, storage and delivery platform," said Jeff Lunsford, chairman and CEO of Limelight Networks, in a statement.

Limelight is confident that AcceloWeb will speed up its Portal and Commerce Accelerator services, thereby resulting in an increase in conversion rates, a decrease in abandonment, and the improvement on the return on a customer’s marketing investment.

AcceloWeb’s service requires no configuration, pre-optimization, browser or desktop plug-ins, or reconfiguration. The service integrates seamlessly with a website to improve its loading time.

The company previously raised an undisclosed sum from YL Ventures, which is known for being somewhat non-traditional in its investing philosophy, in that it doesn’t believe in normal capital rounds or investing large sums of money in the companies it takes on, but focuses more on time and relationships.

“I was fascinated by this technology. Within a minute of the CEO’s pitch, I already knew that I loved what they were doing and I was very much drawn to the technology,” Yoav Leitersdorf, head of YL Ventures, told me. “The credit for all of this goes to the entrepreneurs; they built a world class platform for accelerating websites. They’ve perfected it technologically, they were able to attract a strategic acquirer like limelight, which is an impressive feat.”

AcceloWeb is a  software-based server-side website optimization and acceleration solution for both static and dynamic web sites. AcceloWeb can be used as a standalone software solution or as SaaS. It's very easy to integrate into a service provider's offering to increase value and provide it with a competitive advantage. 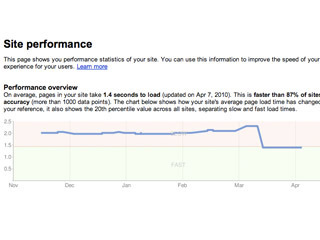 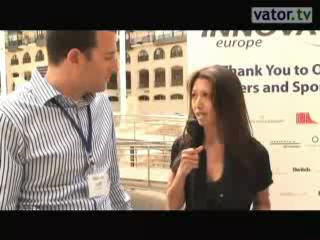