On the year anniversary of Like button and Graph API release, Send button hits 50 websites

Just one year after Facebook launched new developer features (Like button, Graph API) at the f8 conference in San Francisco, the company is announcing a brand new social plugin sure to take over the Web: the Send button.

Here’s an example of how Web developers are encouraged to implement the new plugin, right beside the Like button:

The page can be sent as a Facebook Message, as a post to a Group, or as an email to an individual. What makes the plugin so powerful is that users only have to be logged into Facebook. There’s no need to remember your friends’ email addresses or leave the Web page at all. You just click the button, type in your friends’ names or group name and send away.

With attention necessarily turned to Groups, Facebook has decided to provide a few updates for that service as well.

Questions are now integrated with Groups, so you can ask a select group of people instead of asking your entire social network. Entire photo albums, not just singles, can now be uploaded to Groups by any member. Group owners now have further control over membership since they must approve any new additions. Finally, users in some older groups can upgrade them to the new format introduced back in October.

Only six months after launching the revamped functionality, Facebook users have created over 50 million Groups. Since the Send button only adds to the benefits of Facebook Groups, each will probably fuel the other’s growth. It will be interesting to see whether the Send button is adopted as quickly and nearly ubiquitously as we’ve seen with the Like button. 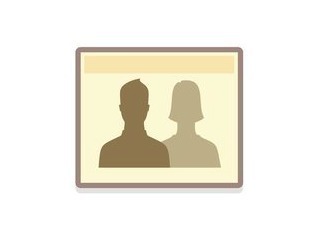