No. 1 Mistake: Viewing entrepreneurship as a science

Today's entrepreneur is David Barrett, founder and CEO of Expensify.

I met David a year ago, and was enthused by his resourcefulness and originality.

I attended his "mile-high party," celebrating the one-year anniversary of his startup. The affair, held at a penthouse he was squatting in, was a delight as wait staff served up  homemade hors d'oeuvres and donated wine.

David is a doer and a go-getter, who believes in hard work and learning by doing. He caught the programming bug at the age of six, and spent his childhood reading programming books, and writing programs by himself. After graduating form college, he got a job as lead 3D programmer for a video game company. The company tanked, but as with all setbacks, there were many lessons to be learned.

He started his first company in 2000, iGlance, which struggled to compete with Skype -- they had a similar product. Undeterred (just another lesson learned), he joined another startup Red Swoosh, which this time got acquired by Akamai.

In 2008, David started Expensify, at the height of the recession. It didn't scare him; he had some savings and could live on the cheap. He got the idea for Expensify while filing expense reports for a previous trip. Clearly, this procedure left much to be desired.

In response to what was an apparently inefficient process, he started a company to fix the problem. It took him and his co-founder a year to find product market fit, and the right product that resonated with customers. But they got there. They launched their beta at Techcrunch50 2009 with brio. Customers loved it, and investors were soon seeking them out. They raised $6 Million since then (painlessly), and are having a blast. David takes his entire team overseas for a month every year, to build closer ties. Their last trip was to a beach in the Philippines. He boasts that it was their most productive month of the year.

David is an alpha geek who braggs about (still) using a Palm phone and a tiny Sony Viao laptop. He thinks that running a company and programing have many similarities; instead using computers and  C++, one manages people and uses the English language, which is a lot more complex (he admits) but still exhilirating.

I am an: Entrepreneur

There are two types of startups: those that create a business, and those that sell to a bigger sucker. The most frustrating aspect of being an entrepreneur is trying to do the former in a world that celebrates primarily the latter. But I expect when I look back on it all, it'll be rewarding to know my business will be used and loved by real people long, long after the big success stories have faded into legend.

I don't think anybody really knows. Life is too short to really get enough experience starting new businesses to get anything amounting to enough first-hand data to make any statistically significant conclusion. Even VCs -- who ostensibly see more startup successes and failures than anyone -- only see a very narrow, carefully-crafted view of the business, and thus don't *really* know what it's like.

Accordingly, I'd wager the #1 mistake people make is viewing entrepreneurship as some sort of solved science -- that it's possible to learn what to do before you actually do it. Rather, it's like drinking wine: even after a lifetime of drinking, the top wine experts still disagree on what's good and bad. So even if you're surrounded by the biggest entrepreneur successes and failures, at the end of the day they can't really help you much: you've got to just go figure it out yourself. The faster you stop asking and start doing, the better off you'll be.

I'd boil it all down to one thing: work harder than the next guy. Less drama, more hours, less reading, more doing. Just get up every single day and do the best you possibly can.

It won't guarantee you success -- nothing will. But it *does* guarantee that you'll play the cards you're dealt as best as they can be played. Because ultimately, most great successes boil down to a combination of someone working incredibly hard at the right moment when some opportunity that nobody could have ever predicted just fell into their lap. So just work hard and stay ready for your chance. And when it comes, work even harder.

Sylvie Leotin is an entrepreneur, advisor, writer and polymath, with a unique approach to bridging the worlds of business, technology, arts and culture. 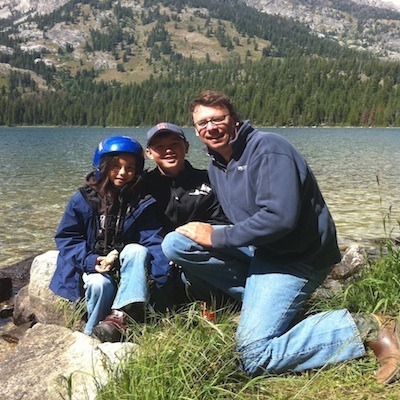 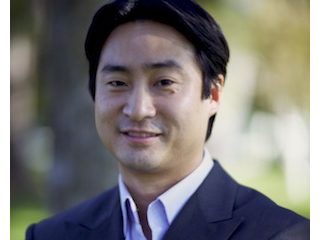