The new round boosts Ticketfly's total capital to $15 million.

Besides offering a nicely-designed site for selling tickets to concerts, festivals and other events, Ticketfly also helps out with marketing for those events. Venues and promoters that use the Ticketfly’s system get access to rich data analytics so they can monitor how event sales are going at all stages, and adjust accordingly.

Recently, Ticketfly added a 70,000 artist-strong database to its site along with an email marketing module.

The company says it serves hundreds of clients in the U.S., including Merriweather Post Pavilion, Knitting Factory Entertainment and Austin City Limits Live.

There’s anything but a gap in the online ticketing space: besides the seemingly insurmountable behemoth that is Ticketmaster (merged with Live Nation), there’s StubHub, TicketsNow, TickCo, SeatGeek and an avalanche of others.

In spite of Ticketmaster’s clear dominance, however, up and coming ticketing services think they can capitalize on a small but growing tension between, on one side, musicians and fans, and on the other, Ticketmaster, whose system is seen as catering to the needs of scalpers. The most recent and loudest example of this would have to be the sale of tickets for LCD Soundsystem’s final show at Madison Square Garden, which sold out in minutes with boatloads of tickets instantly appearing on third-party scalping sites.

Soon after discovering this, LCD frontman James Murphy expressed his anger in a letter to fans:

this here is just to say that we were more than taken aback and surprised about the speed of ticket sales for the april 2nd msg gig, as well as the effectiveness of scalper pieces of fucking shit at getting their hands on said tickets before fans could, and it’s knocked us on our asses…

we tried calling our lawyer about the ticket scalping. “it’s legal”. no joke. it’s fucking legal. i tramped around with friends and band getting insane. i wanted to buy some expensive tickets and then track the seller down to beat him….

Murphy later tried to make it up to fans by adding four more shows with a paperless ticketing system in place, preventing scalpers from reselling tickets.

Unfortunately, the pain of buying tickets for concerts and events is far more regular than it is rare. It's not just a one-off experience.

Are ticketing companies trying to do anything to stop it?

In fact, Ticketmaster just announced today it’s set to roll out new technology, labeled “dynamic pricing,” which will let artists and sports teams alter ticket prices. Naturally, more desirable seats and sections would cost more, based on demand, and less wanted seats would drop on price. The aim, Ticketmaster claims, is to steal from scalpers the attractive prospect of buying tickets en masse and reselling, while returning profits from those sales to the original ticket sellers.

“We are in favor of anything that allows event promoters to better price their product and keep more of the revenue in the eco-system, rather than have it escape to the secondary market,” said CEO of Ticketfly, Andrew Dreskin, when I asked him to comment on Ticketmaster’s announcement.

Dreskin’s Ticketfly, with a new $12 million bundle in the bank, may just be on the way to solving that problem. And, hey, maybe they’ll shut out the scalpers on the way. 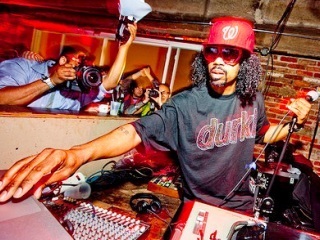