GameSalad, developer of a free game creation tool, announced Thursday that it has raised $6.1 million in Series A funding led by Steamboat Ventures, with participation from Greycroft Partners, DFJ Mercury, DFJ Frontier and ff Asset Management.

The company raised a $1.1 million seed round when it was still known as Gendai Games back in July 2010, from the same crew of venture firms plus a little help from individual investors.

As part of the latest deal, Steamboat Ventures Managing Director Beau Laskey has joined GameSalad’s board of directors and Greycroft Partner Dana Settle joins as an observer.

With GameSalad’s basic membership, users can create 2D games by dragging and dropping backgrounds, characters and more. It’s an easy-to-learn, visual editor that requires no coding skills whatsoever. GameSalad also offers a Viewer application that lets game creators test their product out on an iPhone or iPad.

The professional version of GameSalad, which costs $499 yearly, adds iAd functionality, support for promotional links and a white-labeled loading screen, as well as priority technical support.

"We believe that GameSalad's disruptive technology is creating an entirely new set of opportunities for game enthusiasts,” said Beau Laskey in a prepared statement. “By putting powerful creative tools in the hands of anyone who wants to make games, GameSalad is changing the way people interact with entertainment."

Since casual games are so wildly popular today, it’s really no surprise that we’re seeing a company come along that simplifies the process of developing games to the point of dragging-and-dropping icons.

It’s worth noting that the leader of this round, Steamboat Ventures, is an affiliate of the Walt Disney Company, and has had its hand in social and casual gaming since at least mid-2010, when the firm originally invested in GameSalad as well as social gaming developer Playdom. It’s also important to remember that barely a month after Playdom closed that $33 million round with Steamboat’s participation, Disney purchased Playdom for $563.2 million up-front.

While the same path isn’t necessarily GameSalad’s destiny, I wouldn’t be surprised to see a similar acquisition by Disney if the startup continues to perform well.

GameSalad plans to use the new funding to grow its technical and product teams--the company site lists nine positions open for programmers, designers, developers and more--and to continue developing its game creation technology. 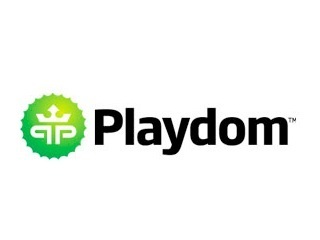