So did you hear Groupon's revenue took a spill in February and LivingSocial is moving in for the kill? No, not really. It made for entertaining headlines, but it was all a lot of hot air. We've confirmed with a source close to the matter that Groupon's February revenue was approximately $103 million--not the abysmal $62 million previously reported.

The frenzy over Groupon's supposedly nosediving revenues started earlier this week, when TechCrunch released revenue estimates based on a calculation of every Groupon deal sold via the website over the last year. The estimates showed 8x growth in monthly revenues from January 2010, when it brought in approximately $11 million in revenue, and January 2011, when it drew an estimated $88 million. But then in February, something terrible happens... Groupon's ill-received TV ads suddenly make one-third of its subscribers realize they don't like saving money, and Groupon's revenue tanks 30%.

The article explicitly suggested that Groupon's not-so-spectacular Superbowl ads (I still maintain they were funny--way funnier than the ones they're running now) could be at the heart of such a steep dropoff.

CEO Andrew Mason typically doesn't comment on Groupon's revenue, but in this case, he saw fit to call bullshit on the reports.

Today, TechCrunch posted more accurate numbers that show that Groupon's revenue actually increased from $92 million in January to $103 million in February. And while the previous reports suggested that March would be even more dismal than February, that's not likely to be the case now. If Groupon's trajectory over the last year is any indication, it's only movin' on up.

But the false reports did accomplish a couple of interesting feats: 1) It got Groupon to sort-of comment on its revenues, and 2) It offered a brief reality check for those of us riding the Groupon high. Groupon's growth has been so rapid and unprecedented--it's on its way to making well over $1.5 billion in revenue this year, if January's revenue is any hint--that it means it has that much to lose. Groupon's efforts to expand and grow haven't been conservative by any means. It aimed high, which means that if it crashes, it's going out in a blaze of glory.

But if its tasteless (if hilarious) TV ads didn't knock it down a few pegs, it's hard to imagine what would. 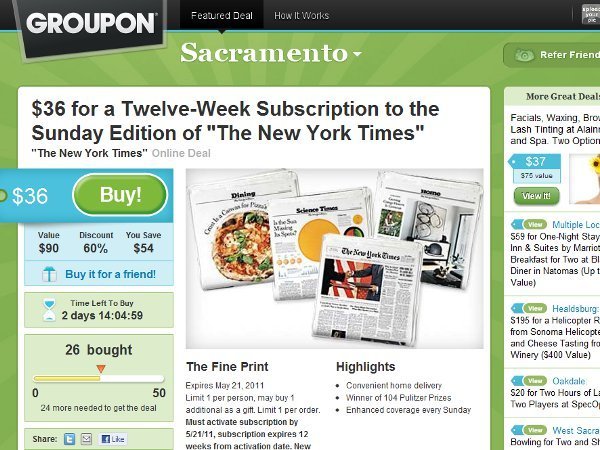 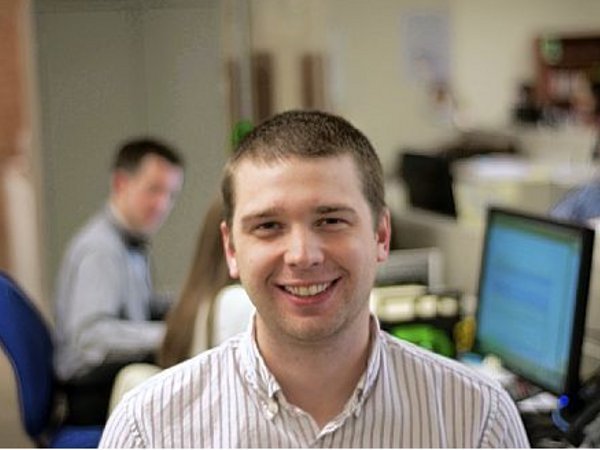