Facebook and Seedcamp jointly announced Friday that startups participating in the European accelerator’s future programs will have access to technologies, programs and upcoming beta features on the social networking site.

The new program, revealed at Facebook HACK: Berlin, means Facebook will provide early stage startups with the technical and design resources they need to integrate the social layer into their product.

Saying your startup is “social” or “mobile” these days is almost like saying you’re a person that eats. Despite what Chris Poole and others say about anonymity on the Web, social has already cemented itself as one of the most powerful structures for many online services.

With over 600 million users, Facebook doesn’t just give fresh startups access to a potent social layer, it actually gives them a chance to bolster their user numbers practically overnight. And now that those startups can take advantage of upcoming and just-released tools on the social service, they have an even better chance of attracting user interest. It’s a pretty nice thing for budding companies to have access to.

Today’s announcement is pretty much identical to one made back in August 2010, when Facebook said Y Combinator companies would be provided with special priority access to brand new technologies like Facebook Credits, Instant Personalization and other beta features.

Applications are still open for Mini Seedcamp Berlin, a one day event taking place April 14 that connects 20 of the region’s best seed-stage startup with seasoned entrepreneurs, investors and developers. The event, which is sponsored by Facebook, Google, Microsoft and others, not only provides startups with exposure but also mentoring and relevant panel discussions. 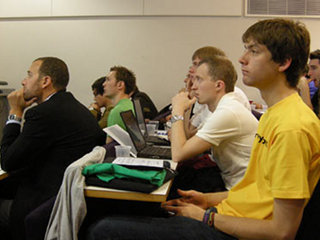 Seedcamp Week kicks off in London