The New York Times' paywall, announced today, made me sad--and guilty. This is my fault. If I had just done that little extra to chip in, just paid for a damn paper every Sunday like I always said I would (I go through this cosmic struggle with myself every time I walk into a Starbucks), things wouldn't have gotten so bad.

No, I'm just being melodramatic. But today's paywall announcement did make me feel a little twinge of guilt over the floundering status of my own local paper, The Sacramento Bee, which is why I signed up for a weekly subscription at $19.99 for 13 weeks. The thing is, I don't want unlimited digital access or the mobile app. I just want to putter.

So here's my logic on this: when I read the newspaper, I want to relax with it. I like waking up on a Sunday morning, making a big breakfast, and sitting down at the kitchen table with my coffee and the Sunday edition of my local newspaper. By the end of the week, my eyeballs are so drained from staring at a computer screen for 14 hours a day, five days a week, that I don't want to be anywhere near a computer on my weekends (my iPhone doesn't count). The last thing I want is to prop up a tablet over my plate and stare at another LCD screen while I'm getting my grub on. Nor do I want to open my laptop and periodically reach over to scroll my touchpad mouse around.

But this is true for a lot of people. Nevertheless, most people get their news online--for free. Why? Because these are people who are catching snippets of news from their work computers, or from their tablet while they're on the train or sitting around a waiting room. No one has time to sit down at the table to open a newspaper, which is inherently lazy. But lots of people are looking for a brief, momentary distraction from the task at hand, or the day's never-ending flow of tasks.

The New York Times' new subscription packages don't even include a website-only subscription. Users can only subscribe to the website plus a mobile device, or nothing at all. And the packages vary depending on which device users plan to read the news on. The website plus the smartphone app is $15 per month, while the site plus the tablet app is $20 per month, and the all digital access subscription is $35 a month. It kind of puts things into perspective: the new readers of today are on the move--all the time. They're commuting and working round the clock and when they finally get a chance for some down time, they don't want to sit down at the table and read the paper, which requires brain power--they want to sit on the couch and watch Survivor (which requires zero brain power, other than what you use to figure out what everyone is whispering about all the time).

I'm thinking I should look into a career change, like unemployment. 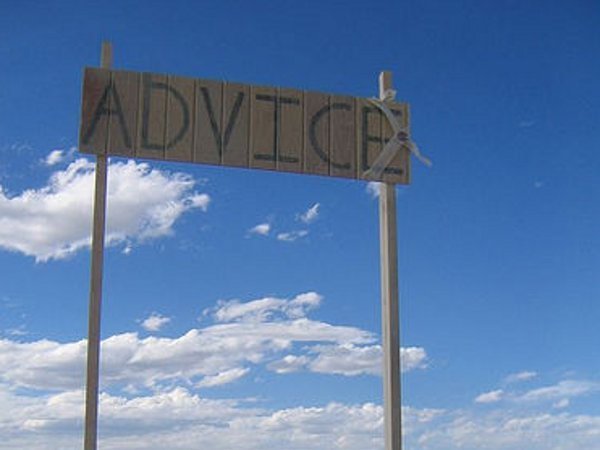 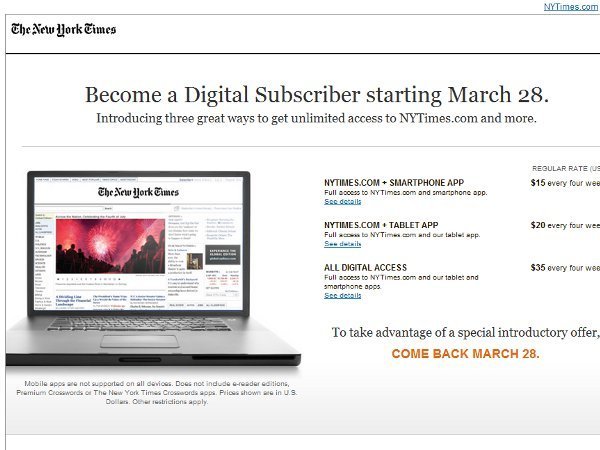