It's the big day! Apple has unveiled the iPad 2, and it's glorious. Steve Jobs, himself, took the stage for this one amid roaring applause from the audience.

Jobs kicked off the event with a couple of quick milestone announcements. First off: iBooks has surpassed one million downloads. Additionally, Random House is joining the growing list of top publishers working with Apple andwill be bringing 17,000 titles to iBooks.

Two other big milestones were mentioned: Apple has paid out $2 billion to app developers to date, and Apple recently shipped its 100 millionth iPhone.

Jobs went on to add some backstory. The iPad debuted last year, as many know, and sold 15 million units in nine months, taking a 90% market share. He added a little jab at competitors, noting that the iPad has the most competitve price on the market, which a report released this morning by Bernstein Research analyzed and confirmed.

Interestingly, Jobs pointed out that one of the driving forces in Apple's success (particularly for the iPad) came from the company's retail stores.

"We've gotten off to an exceptional first year, and we'd like to build on that. What about 2011?" asked Jobs.

So what is the iPad 2? Jobs explained that the design has been completely overhauled--not adjusted or tweaked, but completely redesigned. It uses a new chip the company calls A5 and will have a CPU that is twice as fast as the original iPad, with 9X faster graphics and the same low power as A4. It also comes with front and rear-facing cameras.

So what does it look like? It's no less than 33% thinner than the original iPad--it's actually thinner than the iPhone 4. It's also lighter, weighing in at 1.3 pounds as opposed to the 1.5 pounds the first iPad weighed. It will also come in two colors: white and black, and white will ship from day one (echoing the drama of the phantom white iPhone that has yet to make an appearance).

And despite being thinner and lighter than the first model, it still has the same powerful 10-hour battery life and a full month of stand-by time. And the best part: the new iPad comes in at the exact same price as the first iPad, starting at $499.

The iPad 2 begins shipping March 11 in the U.S. and worldwide on March 25 and the 3G version will be available through both AT&T and Verizon from day one.

It also comes with a cool lightweight, magnetized cover (that resembles a cute little blanket) that wakes the iPad up when you open it and puts the iPad to sleep when you close it. It can also fold over to become a stand so you can prop the iPad up to type.

Jobs also spent some time on iOS 4.3, which has a 2x faster Javascript for dramatically improved Safari performance. It will also come with a personal hotspot using the iPhone 4's 3G connectivity (it doesn't work on other iPhone versions).

And with a front-facing camera, the iPad 2 comes with FaceTime, which will work between the iPad 2, the iPhone, the iPod Touch, or a Mac. Additionally, the iPad 2 comes with iMovie, which was introduced last summer but has since been adapted for the iPad and comes with a precision editor and multitrack audio recording. In Jobs' words: "This is not a toy. You can really edit movies on this thing." Other apps include Garage Band and Photobooth, all for $5. 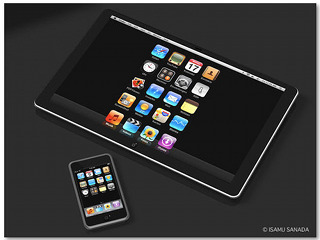 Is the iPad cannibalizing laptop sales?