Naval Ravikant on the disappearing A round

On AngelList, startups are getting funded in as quickly as two weeks, according to Naval Ravikant, co-founder of the online service that allows startups to post their ideas and be seen by some 450 angel investors (the current number aggregated on the site).

One would think this lightning-fast fundraising process would help drive prices up for seed-stage rounds even more. But that doesn't seem to be the case, said Naval, in our interview, the first in our four-part series. On AngelList, while startups get exposed to more angel investors (potentially driving prices higher), angel investors are seeing more startups as well (potentially driving prices lower).

So, what is a big factor driving seed-stage prices higher? I asked. The disappearing A round, said Naval.

"Series A and Series seed rounds are blurring," he said. Traditionally, say five years ago, a new startup might need $3 million (for a $5 million to $6 million valuation) just to build a product and get some market validity, said Naval. These days, entrepreneurs can do do that -- create a product and get initial traction - with well under $1 million. Or as First Round's Rob Hayes put it at last week's Vator Splash event in San Francisco, entrepreneurs can start a company "with a credit card and a bag of potato chips."

Yet often even with very little cash, some startups can get more traction than what typical A-round companies used to get. So, what's the appropriate valuation for them - $2 million or higher?

"The nature of the consumer Web business is that investors will pay up for the hits," said Naval. Another factor leading to higher prices is that in a seed round, the hits are rare. That means investors have to get into a lot more deals to hopefully have the lottery ticket that brings home the returns.

Finally, Naval and I talked about the ramifications of the disappearing A round. The result of such dynamics is that entrepreneurs have more control of their startups. About five, or 10 years ago for sure, venture capitalists provided a bundled service of advice, money and control. Now, in the seed stages, venture capitalists can't get control because entrepreneurs have other sources of money and advice.

Now with the emergence of incubators and companies like Digital Sky Technologies, said Naval, advice and money are becoming unbundled services as well. 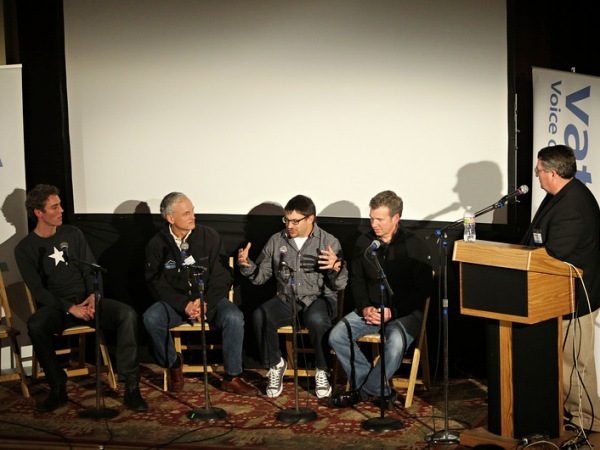