A match made in heaven: IAC acquires OkCupid

The terms of the deal include $50M in cash, but the management team will continue to run the show

IAC, the owner of more than 50 Web companies including Match.com, announced Wednesday that it has acquired OkCupid.com, a dating site that has staked its claim in the younger dating market, for $50 million in cash.  OkCupid CEO Sam Yagan told me that the acquisition will not affect OkCupid’s day-to-day business.  “It won’t change a thing,” he said.  The site’s current management team will continue to oversee day-to-day operations from its New York-based office.

The site is the product of Humor Rainbow, Inc., which also created SparkNotes and TheSpark, both of which were bought by Barnes & Noble (TheSpark was shut down by B&N in 2004).  Launched in 2004, OkCupid has grown to some 7 million registered users and publishes the blog OkTrends, which is read by more than one million people every month.

Several key factors differentiate OkCupid from other online dating services.  For one thing, the site’s popularity has come largely from younger users, who are drawn to the service’s casual dating environment, which also features personality tests that are in no way meant to be taken seriously.  Tests include The Personality Defect Test, which is described as a test that will provide an accurate assessment of your personality, but in a very insulting manner; the Would You Have Been a Nazi Test, which analyzes how susceptible to brainwashing you are; the Am I Gay Test, which doesn’t need explaining; the Horrifying Stereotype Test, which finds out which stereotype you really are; and more.

Another key factor in OkCupid’s success is its focus on math and scientific matching.  Nearly every one of the 16-person management team has a degree in science or mathematics.  All of the four co-founders have degrees in mathematics from Harvard, and several have advanced degrees, including CTO Max Krohn, who has a PhD in computer science from MIT.

“We firmly believe that most matching sites are just personals services; their ‘matching’ systems are nonexistent or overly subjective,” the team claims on the website, which is ironic as most would probably agree that attraction is ultimately…subjective.  “We aim to be the best matching service on every front: superior technology, better math, better psychology. And of course, it’s free, unlike all the others.”

The site relies exclusively on advertising to generate revenue, and the company has stated definitively that it plans to keep the service completely free.  But IAC calls this into question.

"We know that many people who start out on advertising-based sites ultimately develop an appetite for the broader feature set and more committed community, which subscription sites like Match.com and Chemistry.com offer,” said IAC CEO Greg Blatt in a prepared statement.

Match.com launched in 1995 and operates in 25 countries spanning five continents.  The site has also been translated into eight languages. 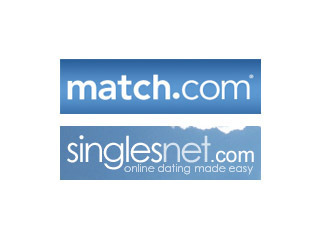 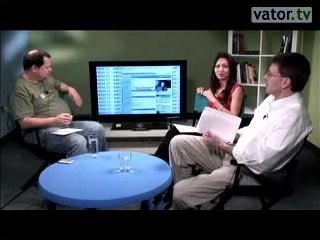