33needs lets everyone invest for a good cause

Launching today is 33needs, a new platform for companies to showcase how they’re going to change the world and raise money through microinvestments. It’s like Y Combinator for a good cause, except the funding comes from everyday individuals, not angel investors.

The idea is that organizations should put to work the intelligence and strategy of business models to make a real change in the world, in areas like education, sustainability, and healthcare.

While the seed money is important to fueling these kinds of groups, that’s not why CEO Josh Tetrick created the company.

When I spoke to Tetrick on the phone last week, he emphasized his hope that 33needs will revitalize people with a drive to do good in the world and encourage awareness of real problems around the world. Twice during the interview he referred to President Barack Obama’s momentous presidential campaign in 2008.

“Someone donating to the Obama campaign wasn't just donating $5, they felt like they were a part of something,” he said. “It’s the difference between making a single sale and developing a long-term relationship. Maybe that donor has resources, maybe they know someone in a field that could help out. Maybe they’ll send out a tweet or write a blog post to raise awareness. It’s about rallying people.”

The conception of 33needs first began when Tetrick was working with entrepreneurs in sub-Saharan Africa. All the ideas were there, but, as is often the case, the money wasn’t. 33needs is a really simple way for businesses to raise money from microinvestors.

Businesses that would like a spot on the 33needs platform must fill out an application. The company wants to know, among other things, what need your company is trying to provide for, what your marketing plan is, and who makes up your team. Applicants can also submit a pitch video to give a better sense of their business plan.

Tetrick tells me 33needs has so far accepted 198 businesses out of 870 applicants.

“In a way we’re like Y Combinator,” he says, “in that we’re looking for a small team. It’s not necessarily about the idea, but more about the team’s tenacity or intelligence. And most importantly, is this company solving a major need.”

When Tetrick talks about “needs,” he’s thinking big picture, world-changing stuff, like gender equality, energy efficiency and clean water. There was an example of a business that wanted to create biodegradable graffiti remover, but that’s not big enough for Tetrick.

I asked him to give me a few examples of his favorite businesses on the platform, to get an idea of the kind of “big picture” businesses he likes to see. First, he mentioned Emergent Energy Group, which helps local communities develop renewable energy projects. Another was the More than Me Foundation, which employs women and girls in Liberia to help them climb out of poverty. His third was No One Without, an alternative clothing retailer that donates about a third of its proceeds to educational development around the world.

When a potential investor, someone like you or me, browses companies featured on the platform, we’ll see their pitch, what their mission is, how much they’ve raised so far, and what portion of their revenue they’re sharing.

While about half of the companies on the platform are U.S.-based, 33needs is not region-biased. Businesses on the site can be based anywhere and can be serving needs anywhere in the world.

At the moment, 33needs is completely bootstrapped. While Tetrick admits that he’d like to completely shrug off the traditional investing route in Silicon Valley, he does say he’d like to talk to angels in a few months, once the site has hit some real traction.

To learn more, watch this video introducing the new service:

33needs enables everyone to invest in social enterprises (AKA, companies solving the world's biggest needs). The internet shifts power from institutions to you. We're pioneering the idea of "people-powered investing" and flipping the standard funding model on its head. 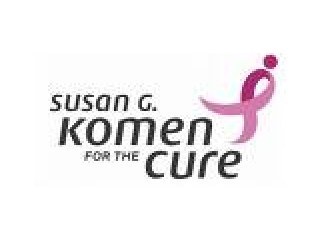