As the Democratic candidate for the presidency in 2008, Barack Obama led a momentous campaign unmistakeably fueled by innovative efforts on the Web, especially on social media and networking sites. Now, as president, Obama and his administration are hoping to help jumpstart development of the next generation of technologies and services.

The White House announced Monday the launch of the Startup America Partnership, a private, nonprofit entity aiming to accelerate entrepreneurship in the United States. As part of President Obama’s Strategy for American Innovation, the ultimate goal of the new entity is to promote growth and create quality jobs here at home in the most forward-thinking industries, like clean energy, medicine, advanced manufacturing, information technology, and others.

"Entrepreneurs embody the promise of America: the idea that if you have a good idea and are willing to work hard and see it through, you can succeed in this country," said Obama. "And in fulfilling this promise, entrepreneurs also play a critical role in expanding our economy and creating jobs."

The Partnership will be chaired by AOL co-founder Steve Case and will receive funding from the Ewing Marion Kauffman Foundation and the Case Foundation. Carl Schramm, CEO of the Kaufmann Foundation, will serve as a founding board member for the Partnership. Besides Case and Schramm, David Washington will be leading the new organization as interim CEO. Washington currently leads Partnerships for Purpose, a group whose sole goal is to bridge businesses, governments and philanthropy foundations with the aim of stabilizing the economy and creating vibrant communities.

Several high-profile Silicon Valley businesses have already been confirmed to be part of the Partnership, including Facebook, Google, HP, IBM and Intel Capital. The last three listed have each pledged monetary contributions (of $4 million, $150 million, and $200 million, respectively) to support the campaign. Facebook says it will host an event this year called 12 Days of Startups to support early-stage companies engineering and designing on the Facebook Platform.

At first glance, the new organization seems like a lot of fluff intended to make it look like the Obama administration is doing a ton to create jobs in the U.S. After all, large companies like Intel already contribute funds to entrepreneurs on a regular basis, and even the less-established ones like Facebook already host events to encourage startups.

Time will tell whether the White House and Steve Case can prove they’re doing something substantial here. 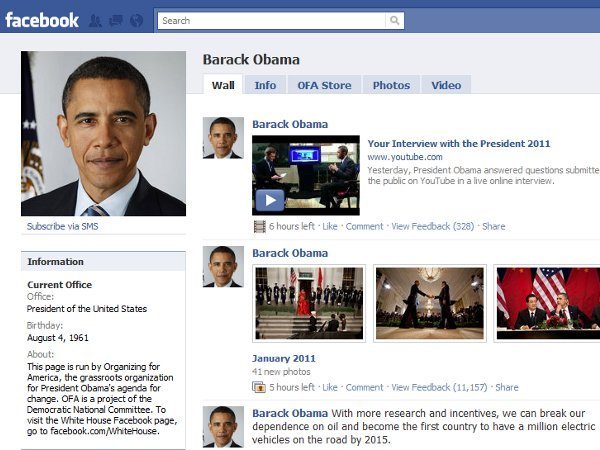