Demand took the market by storm Wednesday, but is it signaling another bubble to come?

After Demand Media’s torrential debut on the stock market yesterday, share prices have dropped slightly to a comfortable $22.25—still a good 30% above its starting price of $17.  After a sluggish couple of years, many are hopeful that Demand’s IPO heralds a tech boom that will reinvigorate the market and inspire other companies to go public.  But with all of the red flags peppering Demand’s S-1, does the company’s IPO signal a boom or a bubble?

Not to be all doom and gloom, but it IS concerning.  To start with—Demand Media has not yet turned a profit.  In the first six months of 2010, the company reported a net loss of more than $6,000.  But more worrying is its accounting practices.  When the company filed for its IPO in August, it was said to be profitable, but closer inspection revealed that it was not calculating the expense of paying writers as an upfront cost, but was spreading it out over the course of five years.  The company used the rationale that a single piece of content is capable of generating revenue for five years, so the cost of paying the writer should be considered within that same time frame, but in essence, the accounting tweak manipulated the numbers to make the company appear profitable when, in fact, it wasn’t.

Add to that the fact that Demand admits that there is the possibility that its content will not generate the kind of revenue it anticipates, which completely destabilizes the company’s current financial data.

And then there was the recent stab from Google, which announced last week that it will be adjusting its algorithm to weed out cheaply produced content from SEO-minded content farms trying to make a buck off of Google search.  Demand acknowledges in its S-1 filing that there is “the possibility that our relationship with Google from which a significant portion of our revenue is generated may be terminated or renewed on less favorable terms,” which presents a serious risk factor to the company’s future, since half of its revenue comes from a system in which content is generated based on popular search terms.

Despite all of these warning signs, Demand share prices skyrocketed nearly 40% on Wednesday.  So if Demand can get this kind of reception despite all of the kinks and bruises in its business model, what will happen if and when Facebook goes public, or Groupon, or Skype?  It’s hard not to be excited about a revved up market, but how realistic is that market really?

When Facebook goes public, it will—without a doubt—turn the market inside out, which would be almost certainly justified considering the fact that social is what search was ten years ago.  Ten years ago, search was the Internet.  Today, social is the new fabric of Web connectivity, and companies that take advantage of that and add new twists, like commerce (Groupon), are naturally going to be stars on the market.

But in our eagerness to charge up the market, are we setting ourselves up for another bubble burst down the line? 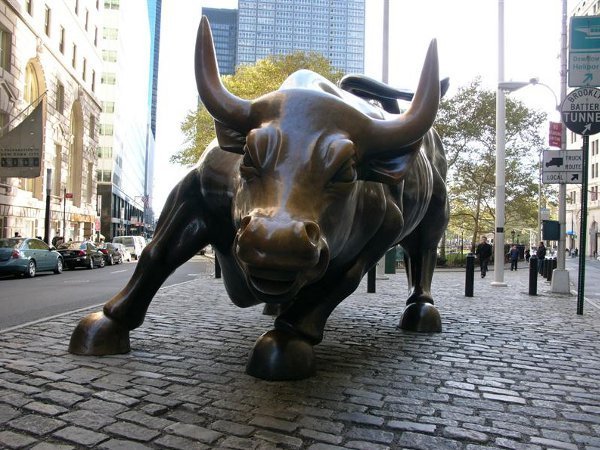 Nielsen and Demand strong out of the gate