We’re on our way to getting rid of all of the plastic cards in our wallet, and Starbucks is helping us do that, one Starbucks card at a time.  The big name coffee corporation that made its name as your small time neighborhood coffee shop announced Wednesday morning that it is debuting a new mobile payment system that will allow customers to pay with their smartphones.

The new program is rolling out to 6,800 stores and more than 1,000 Starbucks in Target stores nationwide, where customers will be able to pay by scanning their phones.  The scan automatically withdraws the money from the customer’s Starbucks account, which they can replenish using their credit card or through PayPal.

As cool as that sounds, my problem has always been that I never remember to reload my Starbucks card.  I use it up and then it sits in my wallet for a year or so until I decide I’m probably never going to remember to reload it, so it’s best to throw it away.  It would be cool if the Starbucks account worked like iTunes, where you could just enter your passcode and deduct money directly from your bank account.  But what are you gonna do?

Customers can start by downloading the free Starbucks Card Mobile App for the Blackberry, iPhone, or iPod Touch.  Starbucks estimates that more than one-third of Starbucks customers use smartphones, and of those, three-quarters use the Blackberry or iPhone, which they can now use to check their Starbucks accounts or locate the nearest Starbucks using the App’s locator feature.

The Starbucks loyalty card usage actually saw some surprising growth this year due to the implementation of the My Starbucks Rewards program, which offers customers rewards for paying with a registered Starbucks card.  In 2010, customers loaded more than $1.5 billion onto Starbucks cards, which represents a 21% increase over 2009.  Now, with the Starbucks Card Mobile App, customers will have another reason to remember to reload their Starbucks accounts. 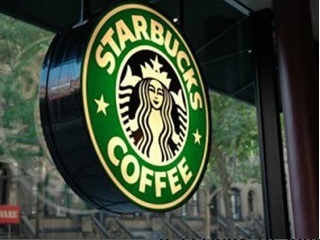 Starbucks to offer WSJ for free this fall 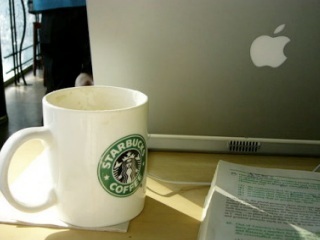