Kabbage, provider of capital to online merchants, announced Thursday that it has secured $6.65 million in Series A funding led by BlueRun Ventures, with participation from David Bonderman, founder of TPG Capital; Warren Stephens, CEO of Stephens Inc.; and the UPS Strategic Enterprise Fund.

Previously, the company had raised $2 million.

Offering an alternative to bank lending or other traditional means of borrowing money, Kabbage will advance up to $12,000 to eBay sellers in need of cash flow to acquire inventory. While the company looks at a potential borrower’s credit score in approving capital (like any responsible lender), Kabbage also takes a less standard approach by looking at extra factors like seller rating, time in business, transaction volume and other feedback measurements.

Essentially, Kabbage is founded on the belief that there are many trustworthy individual sellers and small businesses out there worth lending to, even though traditional banks and credit lenders would never think of it.

“The eBay merchants we currently serve use Kabbage working capital to grow their businesses by acquiring inventory, hiring employees, advertising, and purchasing equipment and technology,” said Kabbage CEO Robert Frohwein. “This round of funding will enable us to expand operations into additional marketplaces, such as Amazon, Etsy, Overstock, etc., helping small businesses to further boost today’s economy.”

Advances can be forwarded to sellers’ PayPal accounts in as little as 10 minutes, the company says, and repayments automatically deduct from that same account each month. Kabbage charges a flat rate per $100 advanced for the first 30 days, after which the company charges additional flat rates for each successive month based on the original advanced amount. The maximum length before repaying the advance is six months.

Kabbage, which the dictionary defines (informally) as “paper money,” is currently only available in the land of green money, the United States. 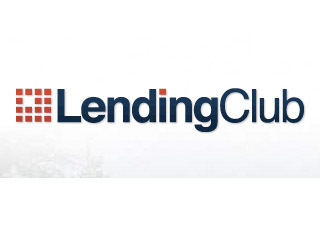