Any of Facebook’s 500 going on 600 million users can now sign up to receive AMBER Alert bulletins for their state directly in the news feed. Though AMBER has in recent years expanded internationally, the organization is currently limiting itself to 53 Facebook pages--one for each state, Puerto Rico, U.S. Virgin Islands and the District of Columbia.

“Everyone at Facebook feels a responsibility to help protect children and, as a former federal prosecutor and a father of two, I am particularly proud that we are now part of the AMBER Alert program,” said Chris Sonderby, Facebook Lead Security and Investigations Counsel.  “Our hearts go out to the families of the missing and our gratitude goes to the officers, volunteers, and other AMBER Alert partners who work tirelessly to bring them home.  We are hopeful that today’s announcement offers these dedicated officials another useful tool to find and safely recover abducted children.”

Long before these pages were created on Facebook, the social site has been used by law enforcement officials in investigations and by families and friends searching for lost loved ones. As a recent example, after a young man named Joe Sjoberg from Madison, Wis. went missing on November 30, 2010, close relatives quickly reacted by not only hosting a dedicated site to help find Sjoberg, but also by creating a page on Facebook for the search as well as a group. The latter has amassed 12,600 members so far.

Sjoberg remains missing, but his relatives and the Facebook group’s members have not forgotten him and have not quit their search. In fact, new users join the group every day, only strengthening the search.

Though originally named after Amber Hagerman, a nine-year-old abducted and murdered in 1996, AMBER is also a backronym that stands for America’s Missing: Broadcast Emergency Response. The partnership with Facebook arrives on the 15th anniversary of Hagerman’s disappearance. 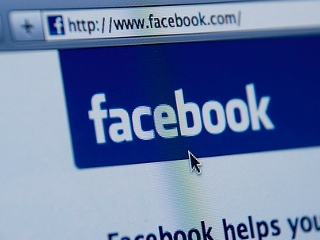