2011 is starting off with a bang for some of the tech world’s hottest start-ups.  Last week, Groupon raised $500 million of the nearly $1 billion it hopes to raise, which sent the blogosphere all a-twitter, and an equally huge announcement was made early Monday morning.  Facebook, easily the most promising company of 2011, reportedly raised $500 million from Goldman Sachs and Digital Sky Technologies in a round that raises Facebook’s valuation to $50 billion, according to people close to the deal who spoke to the New York Times.  While Mark Zuckerberg has quite vocally shot down reports of an impending Facebook IPO, Facebook’s board may end up considering an initial public offering some time in 2012, the sources indicated.

Zuckerberg’s own net worth would double with this deal to nearly $14 billion from Forbes’ last estimate of $6.9 billion, back when Facebook was valued at $23 billion.

VatorNews reported two weeks ago that Facebook’s valuation on the secondary market has soared to $60 billion, according to an email from SharesPost that informed readers that the company’s common stock closed at $25 a share.

Wherever Facebook’s true valuation lies, this deal makes it worth more than eBay, Time Warner, and Yahoo, the New York Times reported.  The new funds will pump more fuel into Facebook’s fire as it steals away top execs from Google and other Internet giants.

Interestingly, Goldman Sachs is rumored to be creating a “special purpose vehicle” to allow its high-net-worth clients to invest in Facebook, which would allow them to bypass the S.E.C.’s requirement that companies with more than 499 investors disclose their financial results.  Goldman Sachs’ special purpose vehicle would count them as one investor.

Digital Sky Technologies previously invested $200 million in Facebook in exchange for preferred stock, representing a 1.96% equity stake in the company that was previously valued at $10 billion.  This deal would raise DST’s investment fivefold.

This is the first time Goldman Sachs has invested in the social networking site, which is blocked on the computers of Goldman Sachs employees.

Facebook recently surpassed Google in 2010 as the most visited website, according to Experian Hitwise.  Between January and November 2010, Facebook received 8.9% of all Web visits in the U.S., compared to Google’s 7.2%, followed by Yahoo Mail and YouTube. 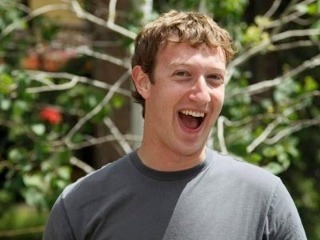