New "Buy Back" program designed to protect customers "against obsolescence"

As a former Circuit City employee, I was never a big fan of the “protection plans” and warranties offered on nearly every single electronics device the retailer sold. Though I was expected to tell every customer about how these plans gave you peace of mind by covering defective and accidental damage, I never really believed it was worth it.

While Circuit City is now long gone, Best Buy lives on with its cleverly branded Geek Squad protection plan. But still, it’s not protection against defects that I want (I trust the device I’m purchasing not to crap out because I trust the manufacturer). I would, however, love a way to trade in old purchases for a little credit towards the next fancy gadget.

Best Buy is preparing to launch a new “Buy Back” program that will let customers sell back their old electronics devices for a fraction of what they paid originally, according to several leaked documents. Customers who opt for the Buy Back program will have to pay a fee at the time of the original transaction, probably variable depending on the purchase, to be able to trade in their devices later for store credit.

The Buy Back Program is a new type of protection offering for customers who don't want to just protect against breakage. It protects against obsolescence, making it part of the best-known protection portfolio in the universe. Basically, we'll buy back a customer's product when they're ready to buy the next generation of technology and want to get value out of their old product.

The leaked buy back schedule is posted below:

Interestingly, Best Buy already offers a trade-in program, according to its website, that covers devices in a wide range of categories, including desktops and laptops, video games, cameras and camcorders, and more.

I tested it out, and learned that my four-year-old MacBook Pro (with some upgrades) would be worth about $392 in store credit or $255 as a check, which is about 10 percent of what I originally paid. The weird thing is that I didn’t purchase my computer at Best Buy and, therefore, never paid a fee to opt into any sort of plan, but, according to that site, I’m eligible to trade in the computer.

How this trade-in service will mesh with the new “Buy Back” program has yet to be revealed by Best Buy. 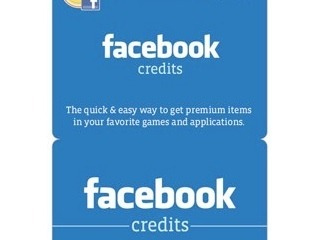