In May of this year, Lookout closed an $11 million Series B round of funding led by Accel Partners with participation from Khosla Ventures and Trilogy Partnership. Added to a $5.5 million Series A raised a year ago from Khosla, Trilogy and various angels (like Eventbrite CEO Kevin Hartz), the new round brings Lookout’s total funding to $36 million.

Lookout builds free mobile applications for Android, BlackBerry and Windows that offer security features like a virus/spyware scanner and a stolen phone locator. Automatic backup of the phone’s data to the cloud is also included.

If there’s any company that could be the Symantec or McAfee for mobile phones, Lookout is the one. It’s not the only one trying, however; famously free antivirus software company AVG acquired DroidSecurity in November.

“Smartphones are the next computer for billions of consumers and it’s clear that, just as in the PC world, consumers and their phones need protection,” said Mike Volpi, partner at Index Ventures.

In November, Lookout began offering a premium version of its service that comes with Privacy Advisor, which scans other apps on your phone to see what private information they might be accessing, as well as Remote Wipe and Remote Lock, which give you remote access to either clear the phone’s data or lock it.

Premium users can also backup more data from their phone, like photos, call history and contacts.

The service managed to pick up over four million registered users in a year, as the service continues to grow exponentially. While it took over half the year to pick up the first million, that number had doubled by September and has now quadrupled.

The upcoming iPhone application, slated for a 2011 launch, could easily balloon registration numbers.

Lookout is based in San Francisco and employs nearly 50 people. 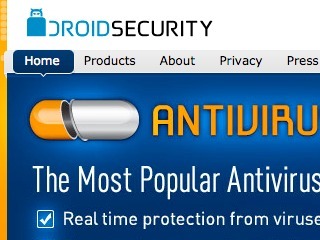