Since launching in early October, video chat app Tango has seen a lot of positive response from mobile users.  The company announced Thursday that it will be extending to the iPod Touch just in time for the holidays, anticipating a surge in iPod Touch gifts.

Last time I spoke with the company’s founder, Eric Setton, Tango had just hit its one millionth download a mere ten days after launch—a milestone that took Twitter two years to reach.  Since then, the company has garnered more than three million registered users and, according to VP of marketing Sophie-Charlotte Moatti, the growth has been organic—meaning it has come almost exclusively from users inviting their friends to join.  The app has been in the top ten downloads in the social networking category in both the App Store and the Android Market in the U.S. as well as over 30 other countries since launch.

It makes sense that the company is launching the app for the iPod Touch, which is more popular with teenage consumers, as Tango found that the majority of its users are younger, with males making up two-thirds of the Tango user-base.

Some other interesting stats that the company has collected in the two and a half months since launching include the fact that most of its customers use Tango equally at home and on-the-go, as the app allows users to seamlessly switch between Wi-Fi, 3G, and 4G.  Additionally, usage doubled on Thanksgiving in the U.S., and the company anticipates a similar surge in usage on Christmas.

One of the updates the company released for the app was for Android Cloud to Device Messaging (C2DM), which sends push notifications for incoming calls so that the app does not have to run in the background, thereby making it possible to use Tango without it having any impact on battery life.

Moatti told me that the company believes that 2011 will be the year of mobile video chat for three reasons: rapid device adoption in the U.S. and abroad, the rise of 4G networks, and new technological advancements among devices and platforms with easy-to-use interfaces.

Yahoo recently jumped into the mobile video chat space with a video chat feature on its Instant Messenger app, but competition from the likes of Yahoo and FaceTime does not appear to have dampened Tango’s skyrocketing growth at all.  One leg-up that Tango has on FaceTime is the fact that it allows users to call friends on a wide range of different networks and platforms, whether it is iOS or Android, the iPhone 4 or the iPhone 3GS, while the iPhone’s FaceTime is only available on Apple products (recently it became available on the Mac as well).

The app, which is available as a free download, supports the fourth-generation iPod Touch, iPhone 3GS and 4G, and several Android phones, such as Samsung GalaxyS, HTC EVO, Motorola Droid and Droid X, and more. 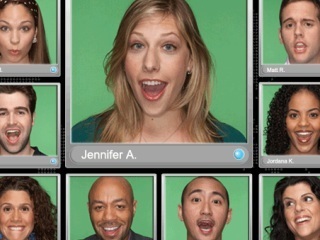