The Gulf region has been shaken to its foundations in the last several years, first with Hurricane Katrina in 2005, which took the lives of over 1,800 people, and then more recently with BP oil spill, which devastated not only the gulf marine ecosystem, but the region’s economy as well.  But one community in the region will be getting a big new boost from the likes of Elon Musk and solar-power provider SolarCity.

Tesla Motors CEO and Chairman Elon Musk, along with SolarCity, which installs the recharging stations for the all-electric Tesla Roadster, are donating a solar-power generating system to the South Bay Communities Alliance Hurricane Response Center in Coden, Alabama.  With 25 kilowatts of power, the system will generate nearly 100% of the community’s electricity, and with the help of a back-up battery, the system will be able to continue generating electricity even in the event of a power outage.

The installation, which was paid for by the Musk Foundation, was completed over the weekend and was celebrated by the community of Coden on Saturday with a seafood extravaganza, complete with multicultural performances.  Coden, a small fishing community in southern Mobile County, was particularly hard-hit by the recent disasters to befall the Gulf region.  The oil spill cut crab prices in half and as of December 2010, the community is still awaiting federal HUD (Housing and Urban Development) money to rebuild more than 700 homes damaged in Hurricane Katrina.

In April, BP’s Deepwater Horizon rig exploded and sent hundreds of millions of gallons of oil spewing into the Gulf waters, and to make nice, BP paid out $2.5 million to Alabama governments to make up for lost tax revenue and expenses incurred by the spill, but coastal officials in Alabama complained that the payoff represented only 22% of the $11.3 million in claims filed as of August 2010.

SolarCity CEO Lyndon Rive told reporters that the company approached the White House to ask about donating a solar-power generating system to a Gulf community in need, and the Obama administration recommended the South Bay Center, which formed in 2006 after Hurricane Katrina ravaged the region and left survivors without basic resources, such as food, clean water, or clothing.

Neither SolarCity nor the Musk Foundation could be reached for comment, but Elon Musk is both the CEO of Tesla and Chairman of SolarCity, as well as cousin to SolarCity CEO Lyndon Rive.  The Musk Foundation makes grants to support renewable energy research, human space exploration research, pediatric research, and science and engineering education.  Musk told reporters from the Daily Green that the Musk Foundation plans to give $10 million in solar donations.  "We're looking mostly at the U.S.," he said. "We had also considered Haiti as a good option, but we found difficulties getting the system into the country without getting impounded."

You can see Elon Musk's interviews with VatorNews here. 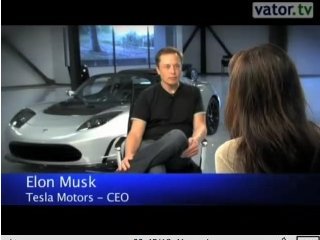 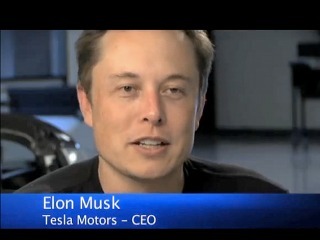