First round of funding for bootstrapped startup comes from Bessemer, FirstMark and Felicis

Shopify, an elegant retail platform that helps businesses build online stores, announced Monday that it has secured $7 million in Series A funding led by Bessemer Venture Partners with participation from FirstMark Capital and Felicis Ventures. The startup was previously bootstrapped.

“What does this mean for current Shopify customers? Not much, at first. We only took a minority investment,” reveals Tobias Lütke, CEO of Shopify. “The same people are in control as before. However, the investment allows us to add a force-multiplier in the form of the vast networks and resources of our new partners. The investment will also allow us to increase our team, expand the Apps and Theme store ecosystems, attract more third parties to build on Shopify, and expand internationally.”

The best way to get an idea of what Shopify does is to look at examples of the final product. Shopify clients include Amnesty International, Tesla Motors, Foo Fighters, and The Indianapolis Star. Click a few of those links to get an idea of how customizable a Shopify store can come out in the end.

Here’s a screenshot of the Ghostly Store, the online retail outlet for Ghostly International, an independent record label for electronic music:

As an added bonus, the setup process appears to be pretty easy.

First, the client either selects from a pre-built theme or designs their own. The platform is purported to be 100% customizable, so everything should be editable--colors, fonts, layout, everything. After the store looks just right, the client then uploads their inventory. Once online, the store accepts payments from any of many alternatives offered by Shopify’s platform, including major credit cards, PayPal, and Google Checkout.

Pricing for Shopify ranges from $29 per month (for the basic plan) to $699 per month (for the premier plan), with $59, $99, and $249 plans in between. Differences between plans depend on transaction fees, max SKUs allowed in the store, and storage limits. No plan has a setup fee or restriction on bandwidth usage.

Lütke, Shopify’s CEO, says that 10,000 stores in 82 countries have generated over $100 million in sales in the last year, all powered by the Shopify platform. More than 300,000 orders are processed through Shopify stores monthly.

Shopify’s app for iPhone, which originally launched half a year ago, just got updated to version 2.0 a week ago. Around 1,600 shopkeepers use the app to monitor store revenue, live transactions, inventory management and more.

The new funding will be spent on further product development and international growth. 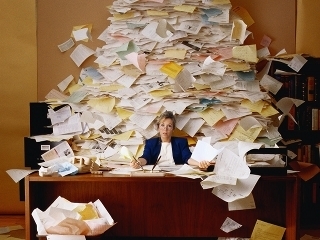 10 ways to streamline your back office