Apple joins Nintendo, Sharp and Toshiba in land of 3D viewing, with a new approach to an old idea

Something big is cooking in the Apple labs.  On Tuesday, Apple was granted a patent for a 3D screen that does not require special glasses. In this patent, each pixel is projected onto a reflective, textured surface, and then bounced into the viewer's right and left eye separately to produce the 3D effect.

The patent also suggests that this technology would be able to sense the general location of each viewer in the room and adapt accordingly, allowing multiple people to view from multiple angles without losing the 3D experience or dealing with heavy distortion.

The Apple patent, which was filed in 2006, explains why existing 3D technology methods are inefficient: "such approaches are impractical, and essentially unworkable, for projecting a 3D image to one or more casual passersby, to a group of collaborators, or to an entire audience such as when individuated projections are desired. Even when identical projections are presented, such situations have required different and relatively underdeveloped technologies, such as conventional autostereoscopic displays."

But Apple is not the only player in this field. Nintendo is gearing up to release its new 3DS system, which will rely on a set of liquid crystals to produce its 3D effect without the need for glasses. This device is expected to go on sale in Japan February 26, 2011, and in the US and Europe in March of 2011. Though, as with any handheld gaming console, the system does not have to deal with the problem of multiple viewer angles.

On the 3D TV front, both Toshiba and Sharp currently have prototype versions of no-glasses-needed 3D TVs, but they rely on a having a processor powerful enough to take a single 2D image and split it into nine different  images, which can be projected together in real time to form a hologram. It does not take a large leap to realize that any TV with a processor that powerful will probably be very expensive. You will also likely need access to a 3D TV station in order to get the full effect.

At present, though, no one knows what Apple plans to use the 3D technology for, and the company hasn't announced any plans to release a 3D TV or monitor. Until then, we're left to guess as to whether Apple's method will be better at producing 3D images than Nintendo's, Sharp's or Toshiba's.

Possible applications, should Apple ever turn this patent into a device, may include 3D gaming on your Mac or a serious upgrade to Apple TV, which is already HD compatible. Some other applications of this technology, mentioned by Apple in the patent include,"...medical diagnostics, flight simulation, air traffic control, battlefield simulation, weather diagnostics, entertainment, advertising, education, animation, virtual reality, robotics, biomechanical studies, scientific visualization, and so forth. "

Apple was not available for comment at this time. 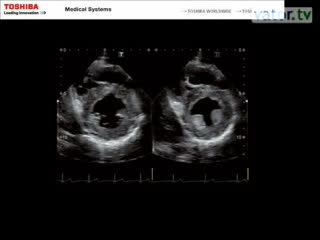 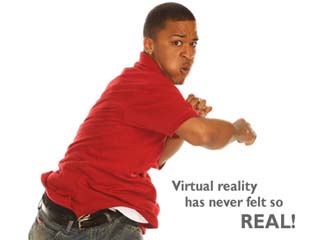