The open-source software company is backed by Sequoia Capital

10gen, the maker of open-source database MongoDB, announced Thursday that it has closed a $6.5 million round of funding led by Sequoia Capital, with participation from Flybridge Capital Partners and Union Square Ventures.  This round brings the company’s total financing to $11.4 million.

"Unabated data growth clearly demonstrates the need for database innovation and NoSQL solutions," said Roelof Botha, Partner at Sequoia Capital, in a prepared statement. "Users are effusive about improvements in agility and scalability afforded by MongoDB, and 10gen is well positioned to deliver elasticity of data as a complement to private and public cloud computing applications."

10gen was founded in 2007 by DoubleClick co-founder Dwight Merriman and Eliot Horowitz, Chief Scientist of ShopWiki’s breakthrough crawling technology.  Horowitz is known for developing the crawling and data extraction algorithm that became the crux of ShopWiki’s technology.  Prior to ShopWiki, Horowitz was a software developer at DoubleClick, which was acquired by Google in 2007 for $3.1 billion.  The acquisition was the largest in Google’s history.

"MongoDB is in the sweet spot of performance and features," said Chandra Patni of IGN in a prepared statement. "Its rich data types, querying, and in place updates reduced development time to minutes from days for modeling rich domain objects."

10gen on Friday will be hosting MongoSV, a one-day conference in Mountain View, Ca. designed to help developers and administrators learn how to use the database.  And it looks like interest in MongoDB is high.  Over 500 engineers, CTOs, and database architects are registered for the sold-out event. 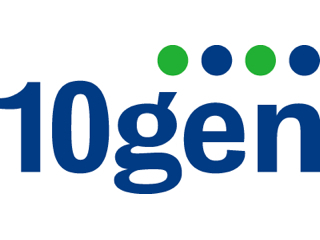