Cloud application management platform Standing Cloud announced Wednesday that it has closed a $3 million Series B round of funding led by Avalon Ventures with participation from previous backer Foundry Group, we've confimed with the company.

Rich Levandov, Avalon’s managing member and also an early investor in Zynga, has invested in four other notable cloud companies: Backupify, Cloudkick, Cloudant and TwinStrata. He will be joining Standing Cloud’s board of directors.

Avalon is a San Diego, Calif.-based venture capital fund focused on seed and early-stage life sciences and IT companies, primarily in California and the Northeast. Boulder, Colo.-based Foundry Group, which invests in early-stage IT companies all through North America, last led Standing Cloud’s $2 million Series A round.

Standing Cloud, also based in Boulder, hosts cloud computing applications like Drupal and WordPress, helping clients upgrade, backup and generally monitor the status of installed applications. The company targets small- and medium-sized business (SMB) users who deploy open-source applications themselves as well as solution providers or IT professionals.

The new funds will be used for further marketing and developing the company’s offerings, with a focus on the Standing Cloud Application Network, sort of app store for open-source applications. Standing Cloud hopes the network will help unite end users with applications and plug-ins, cloud infrastructure providers and solution providers.

JumpBox is a competing company focusing on open-sourec application management.

JumpBox saves you time and headaches by building virtual machines that handle all the mundane tasks related to installing and managing server based software. With a JumpBox there's no fiddling with database scripts, no editing configuration files and no worrying about whether or not you have the right version of library X to go with library Y. A JumpBox captures everything required to run an application together to create single unit that just works. This isn't software as a service, it's software that you download and run on computers that you control to give you a private installation of the software. JumpBox makes the process so much easier you'll never want to manually install an application again. 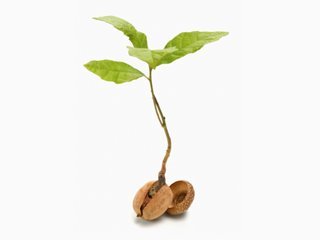 Some complexities of VC seed investing