A look back at Google's biggest buys

As reports continue to pour out regarding Google’s possible acquisition of Groupon—which has yet to be confirmed or denied—the numbers continue to climb.  We reported Monday that Google acquired Groupon for $2.5 billion, according to an individual close to the deal, but as of Tuesday evening, that number could be as high as $6 billion, which would make the acquisition the largest in Google’s history—nearly doubling that of its 2007 acquisition of DoubleClick for $3.1 billion.  Personally, I’m keeping an open mind, but seriously, it’s Groupon, not NASA.

Google has been on quite the impressive spending spree in the last few years.  With 15 acquisitions in 2007, three in 2008, and five in 2009, Google suddenly rocket-launched its buying spree in 2010, snapping up 23 companies between January and September, according to CB Insights.  I feel like a recap is in order.  Time to do one of those “Best Moments” TV episodes and look back on Google’s most notable acquisitions.

The aforementioned acquisition of DoubleClick for $3.1 billion in cash in April 2007 currently holds the record for Google’s largest acquisition.  The digital marketing company was purchased from its previous owners, private equity firm Hellman & Friedman, along with JMI Equity and Management.  The deal raised antitrust and privacy red flags, and U.S. lawmakers investigated the implications of the acquisition to determine whether any infringement of antitrust laws was indeed taking place.  Microsoft representatives attended the hearings and warned of a Google monopoly.  Yes, Microsoft representatives.

But in all fairness to Microsoft, DoubleClick had, indeed, garnered its fair share of critics, who accused the company of being nothing more than malware.  Additionally, DoubleClick was accused of misleading users by offering an ineffective opt-out feature.

But Google defended its acquisition of DoubleClick, listing off the benefits that the deal would have for users, publishers, agencies, and advertisers in its announcement.

The combination of Google and DoubleClick will offer superior tools for targeting, serving and analyzing online ads of all types, significantly benefiting customers and consumers:

In October 2006, Google shelled out $1.65 billion in a stock-for-stock trade for YouTube, then only a year old and backed by an $11.5 million investment from Sequoia Capital.  At the time of its purchase, the company was the fastest growing online video website, but was still unprofitable and came with a boatload of its own controversy.  Prior to its acquisition, it was already facing down the threat of copyright infringement lawsuits.

Copyright protection is left up to YouTube users, who are advised not to upload any TV shows, music videos, etc. without permission, but it is little more than an honor system.  Copyright holders can issue a takedown notice if they see their content on YouTube, but the system has been highly porous.  At the time of the acquisition, many were comparing YouTube to the one-hit Web wonder, Napster, which was eventually sued into virtual non-existence.

Google’s purchase of YouTube set off a wave of unease among TV networks and other copyright holders.  A mere four months after the acquisition, Viacom filed a $1 billion lawsuit against Google and YouTube.  Courts found in favor of Google and YouTube in July 2010.

The acquisition gave Google a huge new footprint in the mobile display advertising space, as it was buying a team that had been involved in the space for four years already. Google outlined the advantages of acquiring AdMobs, including advertisers’ enhanced ability to engage with mobile users, publishers’ and developers’ ability to monetize their content more effectively, and users’ ability to receive more relevant ads.

So in conclusion, what do all of the above acquisitions have in common, other than their hefty pricetags?  They were all making waves, growing at a rapid rate, and promised to give Google foothold in a new space it hadn’t entered yet—all of which is ringing true for Groupon. 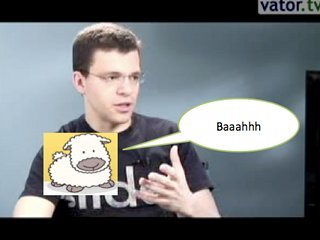