Social travel site Gogobot announced Tuesday that it has launched in private beta, letting users join a community of people passionate about travel.

After connecting their Facebook and Twitter accounts to Gogobot and creating new accounts, users can follow their friends on the site, plan trips, show off their past trips, and ask travel questions.

On the homepage, the most prominently displayed button reads “Plan a Trip,” which opens up a search field when clicked. I typed in New York, USA and was brought to a trip planning page where one can “Get Advice” by asking friends and followers for local recommendations or add various popular destinations to the Trip Plan. For New York, all the basics were there--Times Square, the Statue of Liberty, Central Park and more.

At the very bottom of this trip planning page, users can search for more sightseeing suggestions or browse restaurant and hotel options in the area. We reached out to Gogobot to learn more about how restaurant and travel bookings will work in the future, but have not yet received comment.

Gogobot is still in beta, so users who run into any bugs should submit them via the Feedback tab.

The Menlo Park, Calif.-based company was founded by CEO Travis Katz and CTO Ori Zaltzman this year. Katz Travis previously operated the international business for MySpace, which he launched in 30 new countries, as well as for IGN, Rotten Tomatoes and other Fox Interactive Media properties. Zaltzman was the chief architect of Yahoo! BOSS (Build your Own Search Service), and one of the lead technologists for Yahoo! Answers.

Gogobot is funded by angel investors Chris DeWolfe, Keith Rabois and Oren Ze’ev, Eric Schmidt’s Innovation Endeavors, and Battery Ventures, which led the company’s $4 million round in June. Battery’s Satya Patel sits on the board of directors. 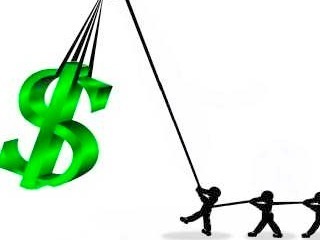