Celeno Communications, makers of semiconductors for multimedia applications,  raised $12 million, in a round led by Liberty Global. Other funders in this round include Cisco, Greylock Partners, Miven Venture Partners, and Pitango Venture Capital.

Path, a Twitter like micro-blogging startup, launched. Path is different from Twitter in two ways. First, it allows users to tag their photos, and second, users are limited to 50 friends.

Coraid, which makes Ethernet SAN storage, raised  $25 million, in its Series B funding round of funding. The Round was led by Menlo Ventures. Other investors include Allegis Capital and Azure Capital Partners.

Crowdstar games are coming to Microsoft's search engine, Bing. While most of the  social features will remain identical to the ways the games are played on other sites, with Facebook Connect making it easy to find friends, the Bing versions will also feature Windows Live as a sign-in option.

Meebo is bringing the idea of check in's to the Web. The company, which makes a social networks sharing toolbar, announced a new version of  the Meebo tool bar, which allows users to check into websites they  visit. The toolbar will be available on Tuesday.

Free online games, like the ones found on Facebook,  have grown in popularity. Almost one in five gamers now pay for virtual goods in these games, this has risen  from 15% in 2008, according Parks Associates

Palo Alto based Meebo is a Sequoia backed, web based instant messaging company. Meebo originally gave users the ability to access multiple chat clients from one place without the need for desktop software. This was great for users when they were away from their main computer and without AOL, ICQ, MSN or Yahoo software. However, in less than two years Meebo has launched so many new features that for many people it’s changed from an occasional solution to a frequently used web app.

Meebo has become quite popular, with users exchanging over 80 million instant messages daily. In addition, Meebo has been named to the following lists:

Kineto Wireless is the key innovator and leading supplier of FMC solutions for mobile operators.

THE CHALLENGE The mobile industry has been one of the world’s greatest success stories over the last century.  In less than 30 years, mobile handsets have become a mainstay of daily life for more than 3 billion people around the world.  Nonetheless, the industry's maturation presents fundamental business challenges for mobile operators.

Revenue Growth: As customer additions slow, mobile operators must continually identify new growth opportunities, as well as hold onto existing subscribers.  Without doubt, increasing mobile service use at home and office represents one of the largest growth opportunities for mobile operators. However, despite high interest from subscribers in wanting to use their mobile phone as their primary phone, the cost and performance challenges of mobile services have prevented operators from being able to capitalize on this tremendous opportunity.

Cost Control: With mobile data usage continuing its rapid climb, mobile operators are beginning to feel the strain on their macro networks.  In addition, with aggressive flat rate pricing for data services becoming the industry norm, the capital cost to add the needed capacity to their networks is no longer being offset by expected revenues 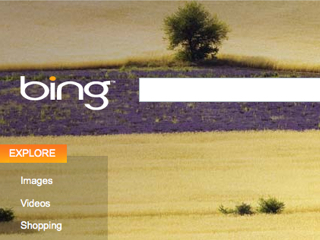