Turbulenz wants you making and monetizing games with console quality graphics, in 2011

Game development can be a tedious task, one that sucks up months or years of your life, which is why a bevy of tools are coming out to help make the creation of games less time-consuming. AppMakr and GameSalad both recently raised funds to that end, but what about the non-mobile gamer? Should they have to wait forever for quality games to come to market?

Turbulenz, a game developer based in Guildford, England, announced Thursday that it has raised $5 million to keep gamers from having to do just that.  The money, which came from undisclosed sources, will be used to make an easy-to-use game creation and publishing platform. The platform is geared towards allowing developers to quickly create, publish, and monetize browser-based games, with console-quality graphics. The graphics quality, if truly achieved, would significantly differentiate the tool from others available, such as PlaySpan and Unity Technologies.

Another interesting factor that might give this tool an edge in an already crowded niche is that the monetization will be available by multiple models. The platform will support micro-transactions, episodic gaming and freemium models of monetization. This is important because options like micro-transactions, which have shown an 80% increase in the last year, represent a way for games to make money without relying solely on ad revenues.

The platform is scheduled for a 2011 launch, and will run on Windows, Mac, and Linux computers.

Turbulenz, which was founded in 2009, brings some serious gaming pedigrees together. They boast former directors and programmers from Electronic Arts (EA) and Criterion Software. James Austin, the company's chief executive, was a former director of technology at EA. Other additions to the team include Yota Wada, a former Senior Producer at Sony Computer Entertainment, and Vincent Briglia, who was formerly Lead Web Engineer at Realtime Worlds. This kind of experience could potentially give the company an edge. 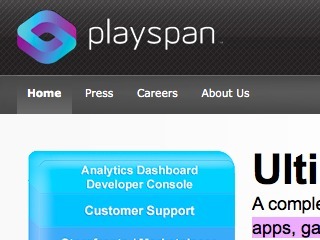