The cloud-based subscription billing platform is backed by Redpoint Ventures

Subscription billing service Zuora announced Tuesday the close of a $20 million Series C round led by Redpoint Ventures, with participation from previous investors Benchmark Capital, Marc Benioff, Shasta Ventures, and Tenaya Capital.  This round brings the company’s total funding to $41.1 million since launching in 2007.

Zuora offers a cloud-based subscription billing service for other businesses, providing pricing flexibility for different customer groups, scalability, and key metrics to stay current on the business’s health.  All of these features are designed to help any company develop a subscription business, like Netflix or Pandora.  And Zuora claims that many of its customers are up and running within 90 days and seeing 200% ROI within weeks.

Zuora was built by veterans from salesforce.com, WebEx, Accenture, Google, eBay, Oracle, and Vitria, and customers include Reed Business Information, Coremetrics, InsideView, Marketo, Ricoh, Box.net, Xactly, Cloud Central, and EMC.  The company’s core product is Z-Billing, which offers such features as a customizable product catalogue, customer subscription management, billing operations, and taxation.  Other products include Z-Payments, Z-Force, Z-Commerce for Media, Z-Commerce for the Cloud, and Z-Commerce for the Cloud VMware Edition.

"Three years ago, we predicted that industry after industry would be shifting to subscriptions, and that has become a reality in industries as diverse as cloud computing and consumer services and with industry leaders like ZipCar, Pandora and of course Netflix," said Zuora co-founder and CEO Tien Tzuo in the company’s announcement. "Whole industries are starting to be transformed with subscription billing as the most important element of success.”

Indeed, as the company points out, several billion-dollar industries are poised for significant growth with subscription-based billing services, including App markets, like those of Microsoft, Google, Apple, and more, which are estimated at $1 billion today and are projected to quadruple by 2012.

Zuora, itself, has seen some dramatic growth in its three years since launch.  The company grew 400% in 2009 and claims to be on track for the same growth in 2010.  Additionally, Zuora says it has been cash-flow positive since the first quarter of this year.  The new funds raised in this Series C round will be used to bolster the company’s U.S. operations and facilitate Zuora’s expansion into other countries and markets.

"Like so many companies, Netflix started on a shopping cart-based, product-focused business model, and it wasn't until it discovered the power of subscriptions that Netflix really took off," said Tim Haley, founding partner at Redpoint Ventures, in a prepared statement. "Many enterprises are having that same epiphany now which is why I think what Zuora is doing is so transformational. Zuora has the ability to power the Subscription Economy across a variety of industries, positioning itself as one of the most exciting enterprise software companies to watch."

In addition to the new funding, Tim Haley, who was the first investor in Netflix, will be joining Zuora’s board of directors, which currently includes Peter Fenton from Benchmark Capital, Scott Thompson, president of PayPal, and Jason Pressman from Shasta Ventures. 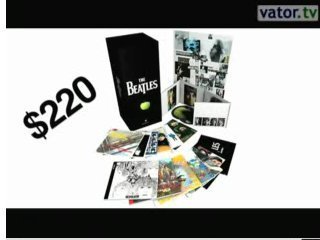 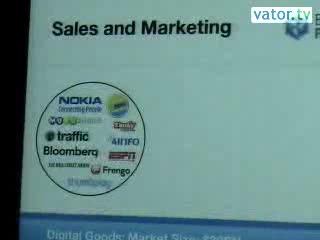 Billing Revolution wins at Under the Radar