AeroScout announced Thursday that it has raised a $16 million fifth round of funding, led by new investor Evergreen Venture Partners, with participation from all of AeroScout’s existing investors--Cisco, Greylock Partners, Intel Capital, Menlo Ventures, Pitango Venture Capital and Star Ventures.

"With organizations under intense pressure to operate more efficiently while also improving safety and quality, we continue to see rapid adoption of our solutions,” said Yuval Bar-Gil, CEO of AeroScout.” Thus, we will use the investment to build upon the record growth we are experiencing this year.”

On the company’s website, one can find extensive lists of the AeroScout’s infrastructure, technology and application partners, all of which either supplement or help implement AeroScout’s RTLS offering. Technology partners include IBM, Intel, Microsoft and Oracle.

AeroScout has penetrated a variety of targeted industries, including healthcare (the company’s primary market), manufacturing, logistics and transportation, among others. Customers, like Adventist Health System and Yale-New Haven Hospital, use AeroScout “to gain real-time visibility into the location, status and condition of assets and people in order to improve operational efficiency.”

While Ekahau, RTLS Inc., and Awarepoint offer competing RTLS solutions, AeroScout claims to own the largest market share with over 600 global customers.

AeroScout says the new funding will be used to expand sales and marketing. 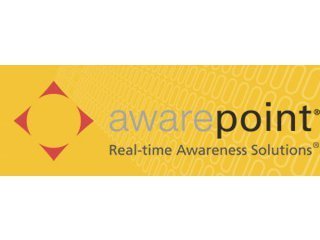