Demand Media, one of the fastest growing media startups and certainly one of the most controversial, will make its initial public offering before the end of the month, according to unnamed sources close to Demand.

The Santa Monica, Calif.-based media company filed a Form S-1 with the SEC in early August and has lined up top-tier underwriters Goldman Sachs and Morgan Stanley to help it raise its expected $125 million. Last week, the startup filed an amended S-1 to update financial information for the third quarter, which will speed it on its way to its IPO. The amended filing shows that in the first nine months of 2010, Demand generated $179.4 million, with a net loss of $6.4 million.

Demand Media is among the plethora of new media and content-generating companies, but the startup has proven itself unique in a number of ways.  While Demand’s IPO will likely prompt investors to keep a closer eye on content startups, “Demand’s IPO will not be a litmus test,” said Steven Carpenter, the founder of Cake Financial Corporation and Entrepreneur in Residence with Accel Partners, in a phone interview.  Carpenter explained that while investors will likely pay closer attention to companies like Facebook, Twitter, and Zynga, “Demand is its own unique case.”

Unlike other new media and content startups, Demand Media has taken a hardnosed data-driven approach to content by creating an algorithm to determine exactly what kinds of content will interest Web users.  In a formula that echoes the cold, steely clanks of a Ford assembly line, the algorithm scours the Web for the most commonly entered search terms and puts them together in strategic batches designed to maximize each word’s traffic-drawing value.  The garble of words is then sent down the line to the first of many proofers, who attempts to arrange the words into an article topic.  Eventually, the polished topic sentence finds its way to a writer, who is paid $15 to turn it into an article, and once it goes through the copyediting process, it ends up on one of Demand’s Web properties, such as eHow.com, Livestrong.com, Answerbag, and more.

The word “soulless” comes to mind.

Demand has had its fair share of critics.  Notably, Tech Crunch’s Michael Arrington called the concept of demand-driven media “a race to the bottom,” and Wired referred to the company as a "content factory" in a none-too-flattering article written by Daniel Roth last year.  But that soulless machinery has churned out a lot of revenue for Demand Media and will serve it well in its IPO.  “It’s a huge competitive advantage,” said Steven Carpenter.

Demand is one of a number of new low-cost content creation models.  AOL recently entered this content-generating space with its acquisition of Patch, which it is now trying to turn into the most diffuse hyper-local news source in the country.

Demand produces 5,700 pieces of content per day and has a library of over two million articles and 200,000 videos, but some are questioning whether Demand’s business model will ultimately be able to carry it on the long haul.  Because the company must maintain an unending flow of new content to grow revenue beyond cost, it must continually recruit new freelancers, and low-cost news means a high turnover rate.

Another weakness that has some concerned is Demand’s reliance on Google.  In the first six months of 2010, 26% of the company’s total revenue came from advertising arrangements with Google.

Demand Media could not be reached for comment, but all concerns, doubts, and judgments aside, Demand is disruptive and wholly innovative.  Its IPO will mean big new things for other content and new media startups. 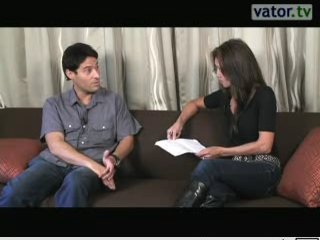 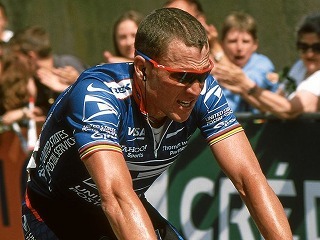