Mobile payments startup BOKU his being circled by some big names.  According to unnamed sources, both Apple and Google are in discussions with the company about a possible acquisition.

For the past three weeks, BOKU president and CEO Mark Britto and co-founder Ron Hirson have been meeting with Apple executives (though neither will comment on the matter).  Meetings have also been held with Google’s director of engineering Michael Morrissey, who watches over Google Mobile Services for Android.  Currently, BOKU can be used for in-app purchases for Android apps.

What’s so great about BOKU that it has two of the biggest players on the tech field gunning for it?  It is beautifully, majestically, tear-jerkingly simple.  A user need not have a credit card or even a bank account to make a payment through BOKU.  A cell phone owner simply go to the BOKU site, enters his or her phone number, and replies to a text message to have all online mobile payments billed to his or her phone bill.

Along the way, the company (which has been valued at more than $100 million) has acquired competitors Paymo and Mobillcash, which boosted BOKU’s global reach.  BOKU now operates in 60 countries and reaches more than 1.8 billion consumers worldwide.

An unnamed source close to the discussions told reporters that a potential acquisition would go for a nine-digit sum.  Apple could buy the startup for anywhere between $250 million and $450 million, which would be a drop in the bucket for Apple, which just brought home $50 billion in cash in its third quarter.

BOKU faces steep competition from rival mobile payments platform Zong, which partnered with Facebook in 2009 to become the mobile payments provider for Facebook credits and recently closed a $15 million round of funding led by Matrix Partners.  Zong also offers Zong+, an alternative payments system that allows users to charge micropayments to credit, debit, and prepaid cards.

In terms of payment brand recognition, however, BOKU currently maintains a slight lead over Zong.  In October, a survey conducted by Inside Facebook found that BOKU’s PayMo is recognizable to over 5% of respondents, about twice as much as Zong.

While a deal between BOKU and Apple or Google has yet to be signed, the fact that both tech giants are buzzing around the startup points very clearly to their desire to get into the mobile payments field. 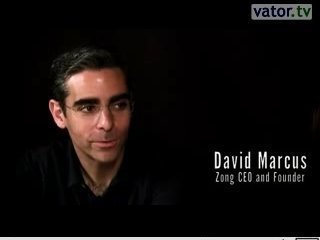 Zong to stick to digital goods, for now