Android and Apple sweeping RIM away

The new entrants to the smartphone battlefield have taken over

If you’ve been watching the World Series, you might have noticed that there’s a bloody battle raging--and it’s not between the San Francisco Giants and Texas Rangers. It’s between smartphones. Every commercial break, viewers are treated to spots advertising the iPhone, BlackBerry Torch, HTC EVO 4G, Motorola Droid and Windows Phone 7, just to name a few.

With so many incredible, amazing, awesome phones to choose from, how are consumers to decide on just one?

Well, however they’re doing it, they’re deciding in favor of Android and iPhone at the expense of BlackBerry, according to two U.S.-based reports released on Monday. Android alone commanded a 44% share of mobile smartphone sales in Q3 2010, up 11% from the second quarter or up 41% from just a year ago.

In any case, since the iPhone didn’t really gain much more of the market in recent months, its triumph over RIM had little to do with Apple sales. BlackBerry sales fell up to 6% in the Q3 2010, and we can really only blame Android.

“Much of Android’s quarterly share growth came at the expense of RIM, rather than Apple,” said Ross Rubin, executive director of industry analysis for NPD. “The HTC EVO 4G, Motorola Droid X, and other new high-end Android devices have been gaining momentum at carriers that traditionally have been strong RIM distributors, and the recent introduction of the BlackBerry Torch has done little to stem the tide.”

(Windows Phone 7 just launched, so we’ll have to wait until next time to see how the new entrant fares against Android and iPhone.)

As tempting as it might be to declare Android king of smartphones in Q3 2010, it would be a little misleading. While the Google mobile operating system certainly controls the largest portion of the market, that control is “fragmented,” as Apple CEO Steve Jobs happily pointed out recently, across a sea of different devices.

With Apple, customers really only have two options: the old model (iPhone 3GS) and the new one (iPhone 4). Those who go with the latter don’t even get to choose what color they want.

NPD lists the most popular mobile handsets in Q3 as follows, in order of most sales: Apple iPhone 4, BlackBerry Curve 8500 series, LG Cosmos, Motorola Droid X, and HTC EVO 4G. All except the LG phone are smartphones. 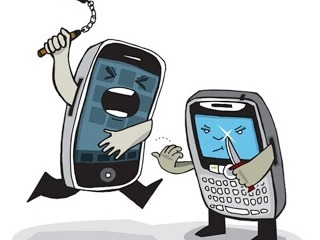 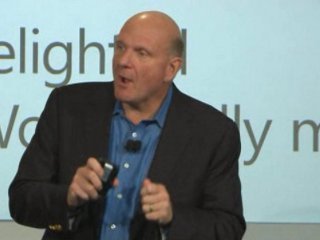 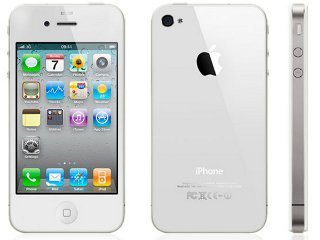