The incremental investment is expected to create 1,200 full-time jobs in Michigan

In its slow crawl to recovery, Ford is focusing on greener options (the thought of which, if you’ve ever ridden in a Ford Expedition, probably just made you chuckle).  The automotive leviathan announced late Monday that it will invest an additional $840 million in Michigan between 2011 and 2013 to engineer and manufacture more fuel-efficient cars.  The latest investment builds upon an earlier $950 million to transform the Michigan Assembly Plant from a large SUV factory to a “state-of-the-art” car plant that will build the new Ford Focus slated for show rooms in 2011, as well as the new battery electric Focus and other next-generation hybrid and plug-in hybrid vehicles planned for production in 2012.

“Fuel economy and technology are consumers’ biggest priorities – and we have made them Ford’s as well,” said Mark Fields, Ford’s president of The Americas, in the company's press release.

So, after dancing on the precipice of bankruptcy and requesting a total of $14 billion in credit and loans from the U.S. government to keep its operations flowing smoothly, one might read into this announcement a sort of apology: “We screwed up.  We’re sorry.  We’ll change.” (To be fair, Ford was in the best shape of the Big Three that required government assistance to stay afloat, and in the end Ford didn’t receive any funds--AND you can always argue that ultimately, they were just building what people were buying...so I can’t really bash on them.)

Ford made the decision to invest in Michigan after meeting with officials on a new Michigan Economic Growth Authority (MEGA) package that will replace current state incentives and will recharge Michigan as a competitive environment for investing in fuel-efficient vehicles and facilities.  The package will be considered by the Michigan Economic Development Council this week, and if approved Ford will distribute the $840 million among several plants, including the Van Dyke Transmission, Sterling Axle, Livonia Transmission, and Dearborn Truck Plant.

Getting into specifics, Ford outlined in its announcement that a large portion of the funds will go towards engineering and production of Ford’s new fuel-efficient six-speed transmissions.  The Dearborn, Mich.-based company claims that by 2013, 100% of all Ford cars will be built with six-speed transmissions to aid in fuel economy performance.

“We've worked hard to keep Michigan the center of the automobile industry, and Ford’s investment is further evidence that our efforts are succeeding,” said Governor Jennifer M. Granholm in a prepared statement.  “We look forward to continuing our partnership with Ford as the American auto industry builds the green vehicles of the future.” 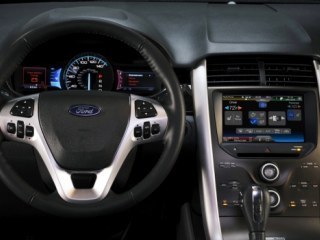 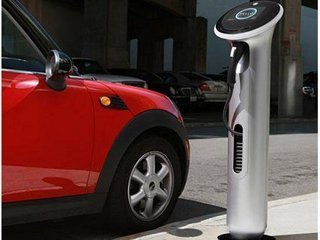