American astronaut and International Space Station commander Doug Wheelock checked-in to Foursquare from outer space Friday, making the NASA colonel the first to use a mobile location service while not on planet Earth.

You are now 220 miles above the Earth traveling at 17,500 mph and unlocked the NASA Explorer Badge! Show this badge and get a free scoop of astronaut ice cream.

And to coincide with the first check-in in a vacuum, NASA has teamed up with Foursquare to publish a promotional site with a list of NASA-sponsored visitor centers, like the Smithsonian National Air & Space Museum in Virginia and the U.S. Space and Rocket Center in Alabama. Foursquare users who check-in to any of these special NASA locations will earn the NASA Explorer badge that only Wheelock can claim today.

Of course, this is great promotion for Foursquare too. With so many competitors out there, location-based services can use all the recognition they can get.

Foursquare is already well on its way to distancing itself from the rest. This week, several sources revealed that the service should have hit four million users, almost two months after registering three million. Earlier this month, the startup announced that it had totaled 200 million check-ins around the same time that the service suffered 18 hours of downtime. It was a bittersweet week for the New York City startup, but proof enough that user adoption is spreading healthily. 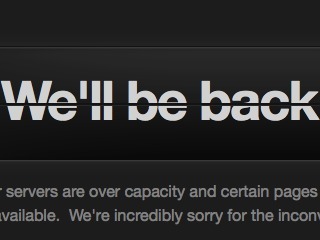