Nielsen releases survey data demonstrating teen texting is still on the rise, at expense of voice

Why call someone when there exists a much faster and more efficient alternative? Skip out on waiting for the phone to ring, bypass the unnecessary formalities of “hello” and “how are you,” and cut straight to the point: send a text.

Such logic actually factors into why American teens (age 13-17) now send and receive an average of 3,339 texts each month, an 8% increase from the year before, according to new survey data compiled by The Nielsen Company. In other words, teenagers send and/or receive about six text messages every hour they’re awake. Female teens blaze through 4,050 texts per month and males balance out the more talkative sex with 2,539 texts.

Naturally, to make time for all that extra texting, teens have simply decided to stop making actual voice calls as much. Down 14% from a year before, teenagers average 646 minutes talking on the phone. The reason for the drop? 22% of teens think texting easier and 20% find it faster.

In fact, Nielsen found, 43% of teenagers say texting was their primary motivation for getting a mobile device in the first place.

What can be concluded from this generous store of data provided by Nielsen is hard to say, at this point. Most obviously, cell phone carriers and manufacturers must realize that texting essentials, like a physical QWERTY keyboard or a highly precise touchscreen, might be more important to consumers than even call clarity.

Interestingly, as smartphones rise in popularity, it will be interesting to see how texting is affected by other messaging options, like AIM on the iPhone or Facebook Chat, available on multiple platforms. Will texting always reign supreme or will one of these proprietary chat clients eventually win over teens?

On a more abstract level, we’ll likely have to hear the age-old argument rekindled that, as we travel deeper into the digital 21st century, people are losing their ability to communicate on a personal level because we’re so used to connecting via digital text and image-based information streams. Whether this argument actually has any merit, I’ll leave to the academicians and philosophers for now.

For the study, focused on teens in the U.S. between April and June 2010, Nielsen analyzed monthly cell phone bills of over 60,000 subscribers in tandem with survey data gathered from more than 3,000 teenagers. 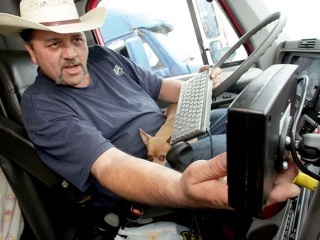