StudyBlue raises $3.65M in Series A

But how does the site measure up in this crowded field?

StudyBlue, an online study site, announced Friday that it has raised $3.65 million in a Series A round led by unnamed investors.  Founded in 2006, the Madison, Wisconsin-based company has raised a total of $6.5 million to date, raised from undisclosed angel investors.  The latest round of financing will be used to expand the company’s mobile platform and power continued growth among U.S. colleges and universities.

The site allows college students to list the classes that they’re taking, create notes, flashcards, and quizzes, and share with other students.  The site also offers a social angle by connecting students with classmates who list the same class on the website.

StudyBlue’s platform is targeting “digital natives”: students who grew up with the Internet and cell phones and are now entering college and looking for a digital study experience, whether that is via laptops, smartphones, or tablets.  The company also offers an iPhone app.

“Students in college today grew up with the Internet and attached to their mobile phones,” said StudyBlue CEO Becky Splitt in the company’s press release.  “Studying is no longer a pen and paper affair, it’s digital, it’s mobile and it has to be more efficient. StudyBlue is focused on friction free studying with a valuable free service that offers students access to tools and content across their entire class load.”

While the site formerly charged students $9.99 per month or $59.99 per year to use its service, it now offers its services for free.  According to the website, over 46,000 students access the site per week.  But how does it compare to other online study communities like Grockit and Koofers?  Koofers, like StudyBlue, offers a platform where students can create and share flashcards, notes, and upload and review old quizzes, as well as discuss class content.  But StudyBlue appears to have a more streamlined site where students can actually specify course numbers to find other classmates and materials.

Furthermore, while Koofers touts itself as a place where students can get inside information (professor ratings and old quizzes), its offerings are lackluster.  Additionally, when I signed up with Koofers to try it out, the site used my Facebook handle to post on all of my friends’ Facebook pages as me urging them to sign up.  That move prompted me to quickly cancel my account (although the site continued to post on my friends’ pages for an hour after I canceled) and apologize to my friends, many of whom I hadn't spoken to in months...which was awkward...

StudyBlue’s most formidable competitor is Grockit, which primarily focuses its offerings on test prep (for college and grad students; for younger students the site offers general study resources and tutoring in a range of subjects), but offers a wide array of interactive study features, such as games, study groups, and even free live tutorials.

Koofers.com provides an interactive community that serves the academic needs of college students through information sharing. Students benefit from collaboration with their peers and the experiences of former students. Many helpful services span the entire academic calendar from course selection through final exams, and include collaborative note taking, course & instructor ratings/grade distributions, and an online library for sharing past exams & study materials.

Koofers - where were you when I was in school? Koofers started at Virginia Tech, with a campus rollout in 2007. In that one year, it became the third-most visited site by students, behind Facebook and MySpace. The reason? It allows students to make the relatively opaque process of class and teacher selection fully transparent, by providing grade distributions and teacher feedback to allow a student to shape their individual class schedule, based on their own needs and style (e.g., “I am fine with exams, but I hate teachers who give tons of quizzes”).

Once a student has started the semester, Koofers provides help by offering access to a collective repository of study guides, past exams, etc. This is something schools have had for over a century, but these vaults were only available to small groups of students (e.g., a fraternity). Now, those tools are available to all students. Koofers also supports ongoing communication between students and teachers through its community tools.

The reaction at its alpha deployment at Virginia Tech, coupled with positive feedback this Spring from a quick pilot during the last week of the term at the University of Maryland (where 1000+ users signed up), gives the Koofers team confidence that they have a winner here.

Koofers will deploy to 30+ schools this Fall 2008, to provide themselves a bigger test bed, and then look to launch more broadly in the Spring. 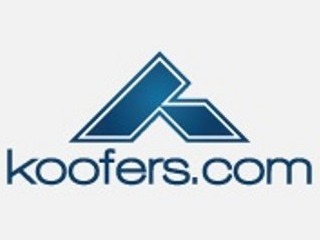