Social marketing platform caters to needs of 100,000 customers, including the White House and Sony

Added to a $1.44 million first round raised in September 2008 and a $1.6 million second round closed just a month ago, the Series C brings Involver’s total funding to a little over $11 million.

“While Involver is profitable today, receiving outside capital is an important and strategic move for any company growing as rapidly as we are,” said Rahim Fazal, co-founder and CEO of Involver.

Involver is a platform for brands and advertising agencies to successfully market themselves with the most popular social media tools. Offering a wide variety of apps, like an RSS feed, Twitter syndication, photo galleries and more, Involver seems to understand how one best takes advantage of social in the digital world--by walking down several avenues.

Beyond those free apps, Involver has developed an Audience Management Platform which ties together integration of all the most important social sites (Facebook, Twitter, etc.), analytics and scalability. The platform supports over 200,000 installed applications and sees interaction with more than 325 million users across the Web.

Companies and organizations such as Facebook, the White House, Sony/RCA Records and Foster Farms already count themselves among Involver’s customer base, which just recently passed the 100,000 mark.

Because this is by far its largest funding round, the company must have big plans for growth.

Unfortunately, the press release for the funding lends little insight: “The money will be invested in expanding the company’s social marketing platform.”

After contacting Involver directly, we received something more substantial, but still ambiguous: “We are very specifically investing in our core platform with the new capitol. Our intention is add additional social platform support as well as grow internationally.”

A further hint may be gleaned from news announced just a few days ago that over the next year Involver would be expanding from a 75-person team to around 200 in December 2011. Up to 80 of the new employees will be engineers developing with Ruby on Rails. Most of the new hires will find themselves working in San Francisco, Involver’s headquarters, but some will also be working from hubs in New York and Austin, Texas. 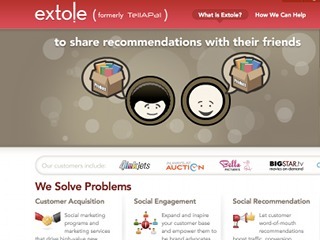