Can they realistically pull it off?

Those “unnamed sources” are back at it again.  The more I read the Wall Street Journal, the more I think, “man…I need some unnamed sources…”  So what are these soureces saying to WSJ today?  AOL, in partnership with several private equity firms, is looking for a way to acquire Yahoo, WSJ reported Thursday morning.

AOL, which spun out of Time Warner in 2009, has a market value of $2.68 billion, a middling figure next to Yahoo’s $20.56 billion market value.  AOL’s plan of attack involves paring Yahoo down to a more bite-sized valuation by getting Yahoo to sell its 40% stake in China’s largest e-commerce firm, Alibaba, which would be worth an estimated $10-12 billion, according to WSJ’s unnamed sources. That would shrink Yahoo to a more manageable $8 billion valuation, and with a few more whittlings here and there, AOL believes it could take the search company, paving a path for AOL’s CEO Tim Armstrong to become CEO of Yahoo while Yahoo’s current CEO, Carol Bartz, becomes chairman.

AOL—unsurprisingly—declined to comment on the rumor, as did Yahoo.

The plan would be a long shot and would require the coordination of a number of complex variables to pull the deal off.  For one thing, Yahoo would have to want to shed its stake in Alibaba, which doesn’t appear to be the case.  In June, Alibaba broached the prospect of buying back its shares from Yahoo, but the two companies dropped the issue when they failed to come to an agreement.  Additionally, The New York Times has reported that Yahoo believes that Alibaba will raise more money in a public spinoff at a future date.

Furthermore, Aaron Kessler, an analyst with ThinkEquity, believes that an acquisition could undervalue both Yahoo’s turnaround and the Alibaba Group assets.  “A near-term deal may not give Yahoo credit for improved bottom line performance which we expect to occur in 2012,” Kessler reported Thursday morning in a company note, adding: “By selling its Alibaba stake, we believe Yahoo would be selling its most valuable long-term asset, especially Taobao which we believe could be worth $15B today.”

On the upside, Kessler pointed out, the merger would be a clear near-term catalyst for shares.  “The biggest issue we hear from investors is that while [Yahoo’s] shares are inexpensive, Yahoo lacks a near-term potential catalyst,” said Kessler, who also noted that in ThinkEquity’s opinion, Yahoo is receiving very little if any value for its core business.

This already appears to be happening: following the leak, shares in Yahoo jumped nearly 15.8% in after-hours trading to $15.25.  As of 9:45 am EST, Yahoo’s shares rose to $16.45 on NASDAQ.  Alibaba’s shares have also risen slightly (1.5%) since the rumors began circulating.

Since Microsoft withdrew its nearly $50 billion bid to buy Yahoo in 2008, Yahoo’s shares have fallen almost 50%.

The private equity firms who are allegedly interested in working with AOL on the Yahoo buy-out include Silver Lake Partners and the Blackstone Group LP.

But Yahoo doesn’t appear to be remotely interested in a buy-out.  Bloomberg reported Thursday morning that unnamed sources of its own have said that Yahoo is currently working with Goldman Sachs Group Inc. to protect against possible takeover approaches.  The company allegedly began working with Goldman Sachs when it caught wind that private equity funds were trying to raise money for a takeover.

On top of that, Carol Bartz has insisted on numerous occasions that she can turn the company around with more time.  Thus far, almost two years in, Yahoo has yet to grow revenue under Bartz.  The company’s main strongpoint was display advertising, but it is facing steeper competition from the likes of Google and Facebook these days.  The company claims that more than 600 million people visit its sites every month, but the number of pages viewed by users began shrinking in the second quarter.

Bloomberg reported that in addition to private equity firms and bankers, some Yahoo investors have also been pitching the idea of a Yahoo takeover to AOL, according to its unidentified sources.  “The idea is that Yahoo should focus on being a media company and align itself with another media-focused company,” the source told Bloomberg. 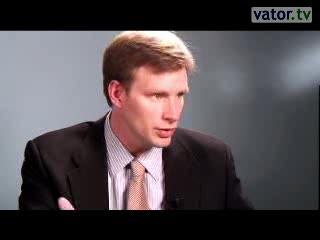 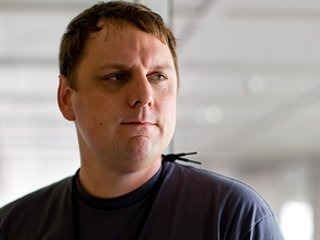