Think that there are no new markets to reach on the Web and that Internet penetration and usage has hit its peak?

Think again. There are plenty of new markets and opportunities out there just waiting to be reached by your new Web-based product, or service.

Internet traffic is up an average of 62% in 2010, according to research by Washington DC-based, research firm Telegeography. The study covers bandwidth metrics for 170 countries, and 440 Internet providers. It has been conducted annually, since 2002.

One of the reasons for this growth is how cheap bandwidth has gotten. Cheaper technologies and better  sharing arrangements between service providers have allowed for a significant drop in the cost of bandwidth.

The data does not mention how much of this usage growth is from Web-enabled cell phones. Though, this would be valuable to know, considering that venture capitalists are pouring money into services that support mobile data.

One potential pitfall mentioned however, was the gap between the amount of service available in developed nations versus developing nations. "...at mid-year 2010, the country of Austria -- with a population of just over eight million -- had access to more international Internet capacity than the billion inhabitants of Africa, combined," the study noted.

So, what does all of this mean for you, as an entrepreneur? It shows you that new markets are out there, and that people want to use the Internet. It also shows you where you have the best chances of breaking in. Areas with sharp upticks in usage probably also have a higher number of new users. Those users will need, and want, everything from productivity tools in their native language to social games. Tapping into those needs, wether it is via a pay-to-download software model, or ad-based revenues in a game, are  interesting options for ways to expand your company.

Readers interested in the full study can get more information here. A one user subscription will cost roughly $5,495. Though, it may be worth the cost if you have a highly targeted interest in one nation (sample market:t Japan) or one service provider (sample provider: NTT). 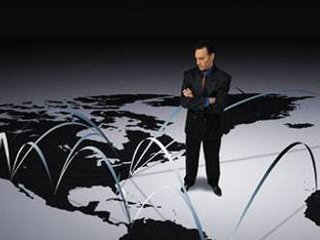 How to make money using the Internet