Cosmopolitan Magazine, Hearst Magazines’ indomitably popular magazine for women, kicks off a new global, digital advertising campaign on Thursday, which will ride the wave of social media -- a first for the magazine -- to draw in new readers.

The campaign centers around a video that puts the viewer in the ad, simulating a Cosmo photo shoot.  Through Facebook Connect, the Web user can download pictures of herself and five of her friends, which are then used in the video as the stars of the show.  Throughout the interactive video, which is shot from the viewer’s perspective, the user is directly addressed by the other characters, including YouTube comedian LisaNova as the shoot’s art director, and popular fashion and beauty expert Lauren Cosenza as the shoot’s makeup artist.

After the user has had her “makeup” done, she is officially ready for her photo shoot.  When the photographer is finished taking pictures, the user is then shown her own image as a Cosmo model, which she can also see in a mock New York City supermodel montage of billboards and scrolling marquis.

Ultimately, the point of all of this is that the user will then share the video with friends via Facebook and Twitter and spread the campaign.  The magazine’s American audience consists primarily of women between the ages of 18 and 34 with a median household income of $64,000.  Hearst is reportedly spending $1.5 million on the campaign, which goes live Thursday with a 12-panel digital billboard in New York City’s Times Square, beneath which photographers will be stationed to shoot women in the street, whose photos will then be integrated into the billboard images.

Similar events will be held in other major cities around the world and the November issue of Cosmopolitan worldwide for advertisers and media buyers will contain a four-page spread on the campaign.  Consumer editions of the issue will contain a one-page spread on the campaign, and the website will be live for the next six months.  Additionally, the website will be accessible on LisaNova’s and Lauren Cosenza’s websites.

The campaign represents an interesting new direction for Cosmopolitan, which appears to be pulling out all the stops in its embrace of the digital world and its most popular stops for Internet users.

“We were looking around for new ways to communicate our strength,” said Nicole L. Mills, associate publisher of Cosmopolitan, to the New York Times.  “The message is about the iconic nature and power of our brand, and the global ability to connect people around the world because of the recognition of the Cosmo name.”

Many are praising the inventive campaign, including David Doty, senior vice president and chief marketing officer of the Interactive Advertising Bureau, who calls the campaign the “next step up” in Cosmopolitan’s development as a global brand.

But Chris Wallace, COO and co-founder of the SuperGroup, an interactive agency in Atlanta, says that the campaign doesn’t go far enough to promote a relationship between the consumer and the brand.  “The cover is so iconic,” he remarked to the New York Times.  “They missed an opportunity to make a realistic cover with you on it, showing you with the Cosmo logo.”

I would definitely have to agree with this critique—in fact, it seems strange that the ad campaign simulates everything about a Cosmo photo shoot except for the finished product—the Cosmopolitan cover.

But while a few may be wondering why there is no Cosmo cover to go with the photo shoot, the majority of Cosmopolitan’s 72 million readers will likely be unfazed. 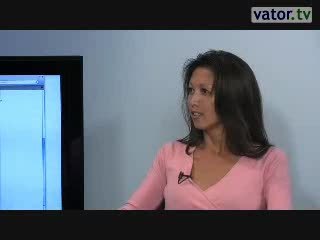