Wide-reaching deal will easily benefit both parties, Facebook fleshes out its social layer

Facebook and Skype are preparing to announce an extensive partnership that involves SMS, voice calls, and Facebook Connect, according to multiple sources.

An upcoming version of Skype will have Facebook Connect enabled so users can SMS or call their friends easily through the VoIP program.

The deal makes good sense for both parties, especially Facebook, whose long-term global strategy is to be the definitive social layer that flows seamlessly through all other relevant services, Web and mobile included.

Indeed, news of a partnership between the social media behemoth and Skype, the most popular VoIP network, continues a conversation started recently over what Facebook’s telephony ambitions might be. Though rumors had circulated the blogosphere barely a week ago that Facebook was poised for a major leap into the mobile space by designing, developing, and selling its own smartphone, a la Google Android, CEO Mark Zuckerberg quickly cleared things up.

In an interview, Zuckerberg spelled out exactly what we can expect when we hear about Facebook working on a phone:

At the end of the day, when people say “building a phone” they actually can mean very different things. [...] Our whole strategy is not to build any specific device or integration or anything like that. Because we’re not trying to compete with Apple or the Droid or any other hardware manufacturer for that matter.

Our strategy is very horizontal. We’re trying to build a social layer for everything. Basically we’re trying to make it so that every app everywhere can be social whether it’s on the web, or mobile, or other devices. So inherently our whole approach has to be a breadth-first approach rather than a depth-first one.

With this in mind, we can see that many seemingly small software updates actually play a major role in Facebook’s long-term strategy. For example, letting mobile phone users easily call friends via numbers listed on their profiles, a pretty obvious feature, might be one step towards convincing cell phone makers to give Facebook increased access to the phone’s built-in contacts. While Apple might never dream of making such a move, the concept is not unfathomable for Android.

And at least one company, INQ Mobile, is currently working on building a mobile phone with deep Facebook integration. INQ launched a similar device in Europe and Australia in 2008 and now has aspirations to bring its product stateside on AT&T, though no deal has been confirmed.

Why does Skype have anything to do with this? For a beginning to the answer, we have to turn back to Zuckerberg:

The mobile market is just so fragmented that there is a lot of experimentation that can happen now too, so we’re figuring out exactly what the optimum level of the stack is to be at.

Grappling feverishly in a fight that has been going on for years now, mobile carriers and phone makers vie for subscribers any way they can, even if that means complicating the market with confusing service contracts and device restrictions.

If there’s any one company that has created a popular and consistent telephony brand in opposition to the mess plaguing the mobile market, that company is Skype. The Luxembourg-based mobile and Web VoIP service, used by 124 million people at least once a month, currently has 560 million registered users, about 60 million more than Facebook.

Facebook clearly isn’t forming this partnership on a whim. The social network likes Skype because it is a company with a dedicated user base and call technology available instantly over the Web, in a matter of minutes on practically any smartphone, and even on specially designed TVs .

When Facebook integrates deeply with Skype, its vision of a complete social layer will be that much more realized. 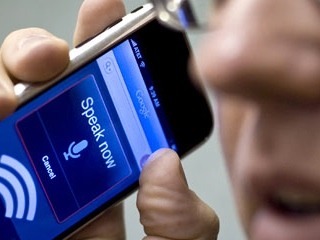