Technologies that have changed college life

It's becoming abundantly clear that today's college students have more social and technological options open to them than ever before -- even more than they did five years ago.

Foursquare's recently-launched check-in for Universities, which allows students and faculty to check-in at different locations on campus, learn interesting little factoids about their school, and unlock badges for checking into certain spots enough times, is the most recent example of how much power and information college students have in the palm of their hands.

So let’s take a refresher course and review how technology has transformed the college experience in the past two decades.

Class of ’95 (1991—1995): If you’re a college student in the graduating class of ‘95, technology is starting to pick up speed, but is still painfully primitive.  If you have a cell phone, it’s the size of a phonebook, and if you own a laptop, it’s too heavy and clunky to actually carry anywhere (it might even be one of those ugly cash-register-looking things).  Research paper?  If you’re lucky, you might be able to get Microsoft’s digital encyclopedia, Encarta, as a CD-ROM or a yearly online subscription.

Class of 2000 (1996—2000): Since the dawn of the World Wide Web, Internet use has been growing at an estimated rate of 100% per year, seeing explosive growth in 1996 and 1997.  It was during the mid-90's that the Web was becoming more organized through search portals. It was the time that Yahoo, Lycos, and Excite went public and the start of the commercialization of the Internet. One of the most exciting innovations to come out of this explosive period: the chat room. Strangers congregate in online forums to lie about their age, weight, and marital status in real time.  Chat rooms also present an interesting new opportunity for online dating and “cybersex.”

In 1997, a Web site called Sixdegrees.com allowed users to create profiles, list their friends, and browse the profiles of other users.  While Sixdegrees.com was not the first Web site to have such features, it was the first to combine all of them, thus making it an early social networking site.

Cell phones are almost small enough to carry with you when you go places. Almost.

During this time, Stanford Ph.D. students Larry Page and Sergey Brin make it easier to research that term paper when they create a new search engine that uses a PageRank algorithm to measure Web page relevance.  They name the search engine “Google,” and by the end of 1998, it has an index of 60 million pages.  An article in Salon.com praises its superior search results compared to existing search engines Yahoo!, Lycos, Excite.com, Go.com, AOL.com, and more.

Class of ’05 (2001—2005): The class of ’05 sees some of the most rapid developments in mobile technology, social media, and more.  Smaller, lighter cell phones begin to emerge with GPS technology and some even have MP3 music capabilities.  PDAs (Personal Digital Assistants) also begin to emerge with greater capabilities than before, allowing users to browse the Web, track dates and events, email, and more.

Also during this time period, the iPod debuts on the market and begins to pick up momentum as a superior alternative to MP3 players and portable CD players as music downloads appeal to consumers.

On the social front, in 2003, computer programmers Jonathan Abrams and Cris Emmanuel create Friendster.com, a social networking site developed to provide a safer environment for meeting friends online.  Within a few months, the site has three million users and the company is offered a $30 million buyout from Google, but it declines the offer.

Several employees at eUniverse, an internet marketing company, come together to create MySpace, which launches in August 2003.

In 2004, Harvard-student Mark Zuckerberg begins working on a pet project he calls thefacebook.com, which is initially available exclusively to Harvard students.

By the end of 2005, MySpace is adding 150,000 new users each day and is seeing upwards of 24.2 million unique monthly users.  In October, MySpace experiences 11.6 billion page views, compared to Facebook’s 3.3 billion page views.

Also by the end of 2005, Apple CEO Steve Jobs announces that Apple profits in 2005 quadrupled largely due to the iPod and has a 75% market share for digital music players.

Class of ’10 (2006—2010): The class of 2010 experiences some amazing new developments in the world of technology.  For starters, in 2006, the word “google” is added to the Oxford English Dictionary as a verb.  Also in 2006, online book rental site Chegg.com debuts, which allows college students to rent books directly from the Chegg website. Also in 2006, YouTube - which was acquired by Google that year - made video ubiquitous.

The first iPhone is unveiled in January 2007, combining a PDA, mobile phone, and digital music player.  The device is originally priced at $599.  Sales the first year are dismal, and many consumers object to the high cost.  Some 40% of early users have annual incomes over $100,000, according to Nielsen data.

But sales pick up in 2008 with the introduction of the iPhone 3G, and then in 2009, the iPhone 3GS is introduced and prices are reduced, leading to higher sales.  In 2010, the iPhone 4 debuts with a high-resolution retina display and a new video calling feature called FaceTime.

In 2007, Amazon releases its e-reader, the Kindle.  Priced at $399, the Kindle sells out in five and a half hours.  Other businesses begin to develop their own e-readers, such as Barnes & Noble, which comes out with the Nook in 2009 for $259.

Sony, Samsung, and several other companies develop their own e-readers, which paves the way for digital textbooks.

In December 2008, Facebook becomes accessible to all Internet users (instead of being restricted to college students only), and its user base doubles from 100 million to 200 million in four months, at which point Facebook eclipses MySpace in the number of unique monthly visitors as well as number of minutes spent on the site.

Social networking also moves beyond the browser with location-based check-in networking sites like Foursquare, which allow users to locate friends and find new restaurants, bars, and other venues.

In spring 2010, Apple unveils its new tablet, the iPad, which combines the capabilities of an e-reader and computer to allow users to browse the Internet, read books and other publications, listen to music, email, and more.  Companies based on a digital textbook platform begin to emerge, such as Inkling and Kno.  Through Inkling’s platform, students can read digital textbooks on their iPads and share notes on the text, highlighted sections, and questions with one another from any location.

It will be interesting to see what the future holds for the class of 2015.  Of course, by then, not only will no one know what a kilobyte is, they probably won't remember that Global Emperor Mark Zuckerberg started out as the CEO of Facebook.

Capturing the collective wisdom of your employees and customers helps reveal information that would have never surfaced otherwise.

When we all read the business and trade press, we regularly see headlines such as: "Product to be shipped 6 months late," "Quality problems plague new product," and "Costs of raw materials weighing on business performance." Industry stalwarts big and small are plagued by headlines such as these on a regular basis. Their stock price suffers, their customers become disillusioned, and competitive advantage is compromised. We believe there is a resource at your disposal to avoid headlines like these to get relevant information in to the hands of decision makers earlier so they can be proactive about addressing potential issues: the collective intelligence of your own employees and customers. All in a Software as a service package. 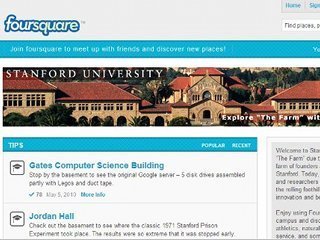