Freshmen are usually pretty easy to spot on campus.  They’re like tourists on the subway: all smiles and fresh faces because they haven’t been crushed by the dead weight of final exams, suffocating debt, and laughable job prospects. Moreover, once the excitement wears off, there's still the hassle of actually getting to know one's way around.

Now they can look to Foursquare to help them get more acclamated to college, by learning tricks, like campus shortcuts, building hours, and campus events that will help them stay connected with their new community.

Foursquare unveiled late Thursday its new Foursquare for Universities. Partnering with 20 universities, including Harvard, Stanford, Syracuse, and Texas A&M, among others, Foursquare will now allow students, staff, and faculty to use Foursquare to check in to specific locations across the campus and unlock badges.  For example, several successive cram sessions at the library might allow a student to unlock the bookworm badge, which he or she can then use to receive a discount at the student café or the bookstore.

Students can also use Foursquare to keep in touch with campus events, like games and rallies, for which they can unlock the school spirit badge, and can even request custom badges for their schools.

Additionally, students can learn interesting new tidbits about their school history by checking into certain locations.  For example, if you’re a Stanford student and you check in to Hoover Tower, you’ll learn that the tower was named after President Herbert Hoover, who got his start in politics as the Stanford Student Body Treasurer in 1894.

The new feature has benefits for university staff and administration as well.  Universities can use Foursquare to update students about construction or changed hours on campus, direct students to specific campus locations like the bookstore or computer lab, and keep students up-to-date on campus events, like games, and student-run events, like bake-sales or performances.

It will be interesting to see how universities use the latter, which may actually help bring in more funds for things like blood-drives, sorority/fraternity projects, and more.  Foursquare recently landed in the news as a result of McDonald’s one-day campaign to draw in customers by randomly giving out $5 and $10 gift cards to people who checked in to McDonald’s on Foursquare.  The result: foot traffic increased by 33%.  On top of that, McDonald’s tracked over 50 articles written on the deal and 600,000 new Foursquare followers.

Combine this potential for customer allure with the kind of connected, tight-knit community one typically finds on a college campus and Foursquare could be looking at a new spike in the growth of its current 3 million user base.

The college community is, of course, where Facebook first anchored and flourished, and it's ironic that Foursquare is moving into Facebook's college-territory while Facebook is expanding into Foursquare's location-based domain. College communities typically feature the younger, more technically savvy hipster demographic that social networks appeal to, but Foursquare's current user base consists almost exclusively of urban users, so this move into the college arena will tap into a store of new users who don't live in cities, but can still check-in at locations on campus.

All a university has to do to get started is create a Foursquare page, tie some of the campus features to interesting tips and facts, and set up ways for students to unlock badges. 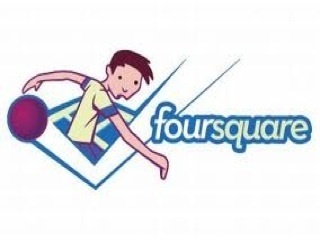 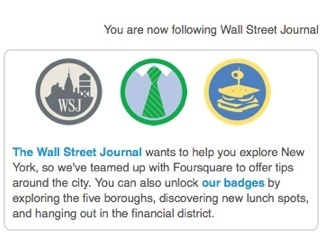