Zillow has a new person at its helm. The Web-based real estate startup announced that Spencer Rascoff, the current COO would step into the CEO chair, replacing Rich Barton. The startup also announced that it had 12.5 million unique users in the month of August.

Twitter re-launched its site. It's the first major change in its four years of existence. The rollout will happen over the course of the next few weeks. The redesign is designed to allow people to do more than "post" but rather explore as well.

Adknowledge is helping to make social games profitable. They recently unveiled three ways for social game deveopers and publishers to turn more of a profit on their work. Suggestions include using digital currency.

The controversial Haystack has stopping its testing. The service, which was best known for attempting to allow Iranians to travel the Web anonymously thanks to high-level encryption.

Google plans to add more social networking features. The features are targeted to be released sometime this fall. They are going to be integrated into the core services. There is also talk about the creation of Google ME, a social networking site also being in the works.

Epic Games brought its Unreal Engine to iPhone gaming early in the month. The game, Epic Citadel, allows users to explore a castle. The Unreal Engine allows for a high level of visual detail.

OnStar now allows users to update their Facebook status from their car. It will also allow users to text message. The application is currently available for GM's line of cars. 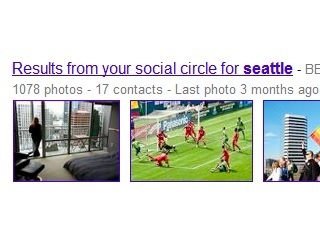