Online shopping is a big business, and many companies can attest to the fact that giving customers the option to shop online generates a lot of revenue.  But what if a large chunk of your customers don't have credits cards?

PayNearMe announced Wednesday the launch of its new real-time cash payment system which will allow consumers to make remote transactions without a credit card or prepaid debit card.  Using a cash payment network and an application development platform, PayNearMe will allow users to make online purchases, money transfers, phone purchases, loan repayments, and collect virtual money into e-wallets with actual cash by simply walking into one of 6,000 participating 7-11s across the country.

To provide a more concrete example, Shader walked me through a routine transaction. Pretending that I wanted to buy Facebook credits, Shader had me go to credits.paynearme.com where I connected through my Facebook account, entered the amount I wanted to pay and my zip code, and clicked “print slip.”  A printable PayNearMe slip came up telling me that once I take the slip into a nearby 7-11 (it also listed the nearest 7-11s) and pay the cashier as I would for any other in-store transaction, I will have nine Facebook points in my account.

“You print out that slip, take it into the nearest 7-11, pay with cash, and then those points will be in your Facebook account before you even get back in your car,” said Shader.

Facebook is only one of the merchants that has partnered with PayNearMe.  The company also announced that Amazon.com, Progreso Financiero, Lexicon Marketing, and SteelSeries, among others, will be some of the first merchants to user PayNearMe, and Danny Shader told me that even more will be announced in the coming months.

Who will use it?

PayNearMe’s real-time cash payment model will bring some big business to those companies. Some 30 million households in the United States (a full quarter of the U.S. population) are unbanked or underbanked, and almost the same number of households do not have the use of a credit or debit card.  All of those households represent $1.3 trillion in annual spending.  Using PayNearMe, merchants have the opportunity to tap into that spending in ways they couldn’t before.

“It will have great advantages for those merchants, but I’m much more interested in how it’s going to help underbanked households," said Shader. "It will provide a quick and less expensive way to pay back loans.  By just walking into a 7-11, a person can make a payment and get a statement detailing exactly how much they’ve paid and exactly how much they still owe.”

Progreso Financiero, a financial services company that provides credit and loans to underbanked Hispanic families, is one merchant that will become more widely available due to its partnership with PayNearMe.  Currently, Progreso Financiero customers can make their loan payments in person at one of 30 retail locations in California and Texas, but with PayNearMe, customers will have 1,000 retail locations to choose from.

And because the PayNearMe system is all cash-based, consumers will not have to worry about interest rates, balances, lost cards, fraud, or identity theft.  Transactions are completed in real-time.

But what about those individuals who do not have a printer?

PayNearMe is working on that.  In the near future, the company plans to offer a service whereby a customer can enter his or her cell phone number, go into the 7-11, and have the PayNearMe slip scanned directly from the cell phone.

Many will likely remember all of these features from Danny Shader’s earlier project, Kwedit, which allowed consumers to purchase virtual goods and digital content without a credit card.  Operating on a sort of honor system, users could purchase virtual goods with the “promise” of paying for them.  If they decided to make good on that promise, they could take their Kwedit slip into a nearby 7-11 and pay at the cash register, rather than risk falling victim to a scamville set-up.  Kwedit has not disappeared; online gamers can still use PayNearMe to purchase digital content and virtual goods, but the company now use those same features (minus the honor system “promise”) to reach a much broader demographic.

It will be interesting to see how PayNearMe competes with other established payment services, like PayPal, that do require a bank account.  Shader anticipates that PayNearMe’s popularity will grow and more merchants will adopt the payment system as they see others bringing in higher revenues. 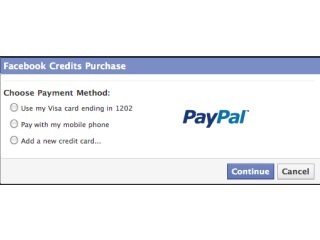 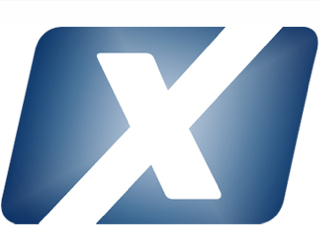